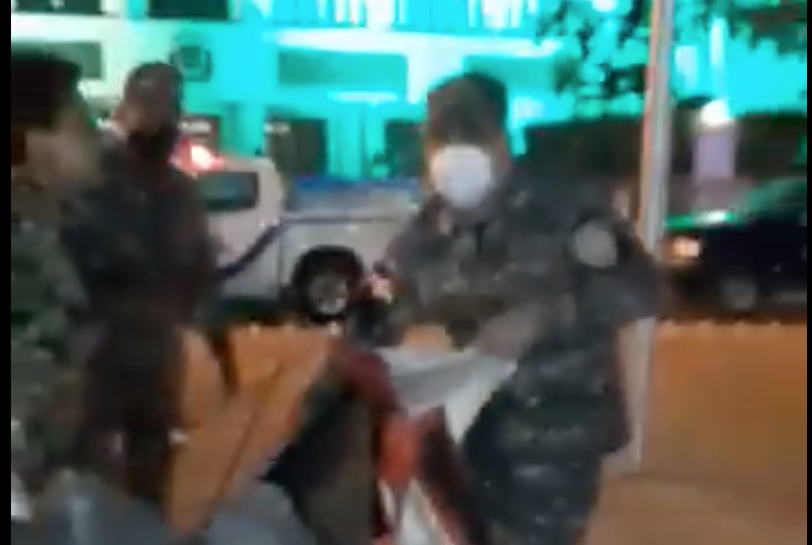 Santo Domingo. – Last night, the peaceful camp of women and girls was brutally attacked by the police in the middle of the night, who arrived armed with toxic substances and knives to slash their camping tents.

The group had been peacefully camping outside of the presidential offices for over 40 days, demanding that President Abinader keep his word to end the absolute criminalization of abortion and at a minimum, include exceptions for cases of rape, incest, when a woman’s life is in danger, or the pregnancy is not viable.

In a video captured by activists, police can be seen abruptly waking up protesters from their tents who were asleep, destroying their tents with knives while they were still in them, and releasing toxic chemicals. This attack follows another investigation that was opened on Sunday, April 18, following an attack where poisoned snacks were sent to the women and girls with a falsified note from a friend of a person in the camp, sending 12 people to the hospital.

Despite the attacks, the peaceful camp had persisted, hosting theater sessions, music, prayer circles, and speeches