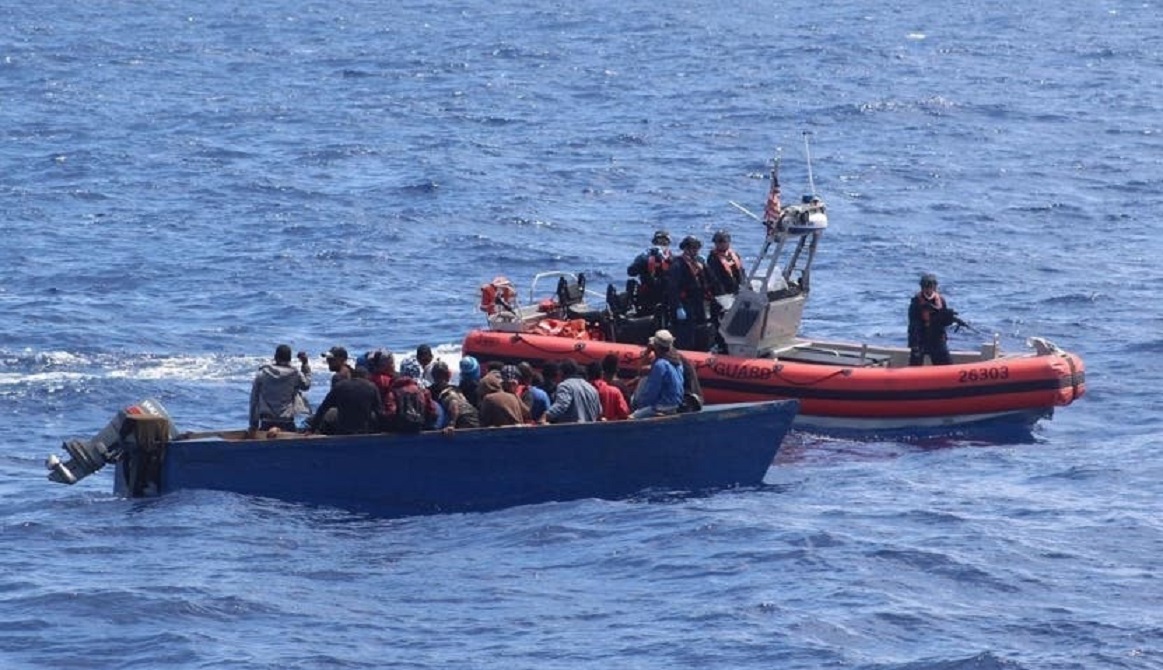 San Juan.- The US Coast Guard repatriated 18 boatpeople to a Dominican navy ship Thursday, after intercepting a yola boat near the Mona Passage, between the Dominican Republic and Puerto Rico.

The group of aliens, 17 men and one woman, said they came from the Dominican Republic,

“The interdiction is the result of the ongoing efforts of the agencies associated with the Caribbean Border Interagency Group, known as CBIG, in their common goal to fight the illegal trafficking of immigrants,” the Coast Guard said in a statement.