From afar, Abinader observed the reality of the country 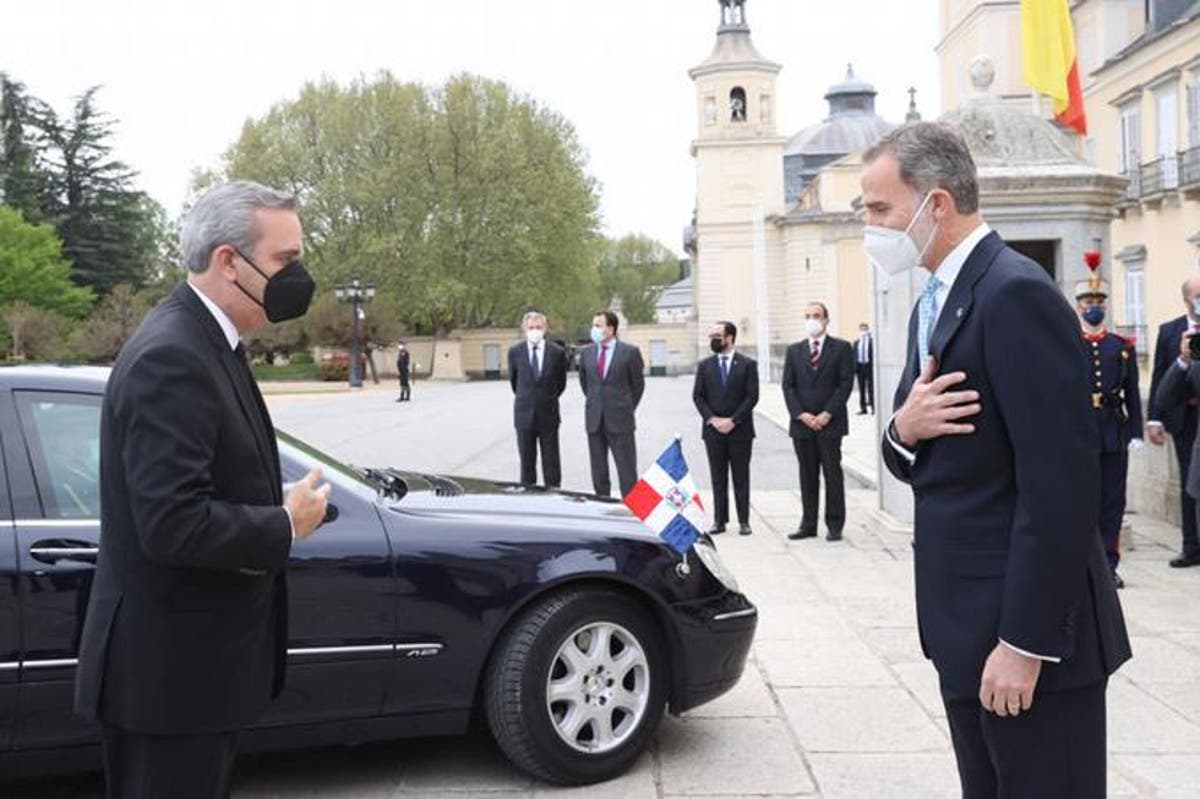 President Luis Abinader, jet-lagged aside, received a breath of fresh air when he visited Spain under all the honors that King Felipe VI gave him on his way to Andorra, site of the XXVII Ibero-American Summit of Heads of States and Governments.

For a few days, the usual thing in such summits, President Abinader saw from afar the harsh reality of the country, the Police that disbanded a peaceful camp of women who ask for respect for the three criteria of abortion and the tragic saga of Villa Altagracia.

No one knows who issued the order for the women to be evicted from their peaceful camp in the vicinity of the National Congress at dawn on Tuesday, whether from the PN or the Ministry of the Interior and Police because it was not from the Legislative Assembly.

The arrest of Colonel Maríñez Lora, the commander of the Villa Altagracia detachment, where two entirely innocent young Christians were murdered in an act that led to the disapproval of President Abinader and society in general, uncovered a skein.

Maríñez Lora, who had been in charge of the crew for the last three years, seems to have become a police slaughterer, who has accusations by word of mouth of having killed people without reasons such as the case of young Ramón Carmona, whom he had arrested.

Carmona’s brother, Alberto, who went into exile in France after the threats of Colonel Maríñez for his public denunciations and because he mobilized the people to demand justice, said that the curfew detained his relative and that late at night he was released only to follow him later and kill him.

National Police failures harm the government.
The outrages that the Police are committing, especially after the arrival of General Edward Sánchez González, damage the reputation of the Dominican governments, which see the occurrences and hear the justifications that the situation has improved in comparison.

The facts surrounding the National Police are dire; the public ministry overwhelmed by them and the government clinging to its duty not to get involved with justice have heard rumors that the attorney general Miriam Germán would resign.

Likely, such an official, like the upper echelons of the current regime, nor the public in a general sense would imagine the degree of corruption and crimes prevalent in the country, as in the worst days of the 12 years, only now it is more significant due to the capacity of the drug trafficking.

Police brutality is universal. In the United States, the Biden government and the population breathed with the conviction on three counts of the policeman, Derek Chauvin, guilty of the murder of the African American, George Floyd, in a sensational case recorded live.

The United States police are under scrutiny, which has been the request of the population according to polls. So many massacres and so many isolated crimes against the African American population have made the government of President Biden think that reform is needed.

Reform is precisely what a commission recently appointed by President Abinader has assumed and has among its claims to carry out an internal audit of the PN. And reform will clash with those who believe that this institution cannot be scrutinized like other armed forces. Thus the deaths go unpunished.

Abinader faces many challenges.
President Abinader has other challenges to prevent the public’s trust that he has so far from being diluted by events that could sponsor belligerent and ambitious sectors from within and outside his party with their sights set on 2024.

The Dominican president is in charge of the pro tempore secretariat of the Summit, for which he has already called ministerial meetings for later in the year to prepare as best as possible the next one, which will be the XXVIII with focuses on the economy and health.

His decision to participate in the XXVII Summit of Heads of State and Governments allowed him not only to release his diplomatic style and straightforward approach with King Felipe, the President of Portugal, Marcelo Robelo de Sousa, that of Guatemala, Alejandro Giammattei, and the rulers of the Principality of Andorra but to make themselves known.

Abinader agreed with King Felipe VI of Spain regarding the main issues of the moment and those of most significant interest to the two countries, such as the vaccine that will eliminate the COVID-19 pandemic, tourism, and investments between Spain and the DR.

In his busy schedule, Abinader met with a group of Spanish businessmen who are investing in the Dominican Republic or intend to do so, especially in tourism, and said that he would support everything that creates jobs.

However, Abinader acknowledged that at least 10% of the jobs lost due to the pandemic could not be recovered in the short term but encouraged investors to trust in the potential of the DR and his government’s willingness to facilitate agreements of common benefit.

Despite the bad times humanity is going through due to the pandemic, President Abinader has optimistic predictions regarding economic recovery. After participating in the Summit, his arrival in the country coincided with the reports that the International Monetary Fund, IMF, and the Central Bank began consultations contemplated in their Articles of Agreement.

In this sense, the governor of the Central Bank, Héctor Valdez Albizu, virtually informed the IMF team, led by economist Esteban Vesperoni, about the measures that are being adopted for a speedy recovery after the attacks of COVID-19.

Vesperoni said that “in the perception of the IMF, the reactivation achieved by the country after the outbreak of the pandemic, the response in monetary and fiscal policy of the Dominican Republic has been effective and decisive in the levels of recovery that are being achieved.”