More than 100 people have died from drinking adulterated alcohol 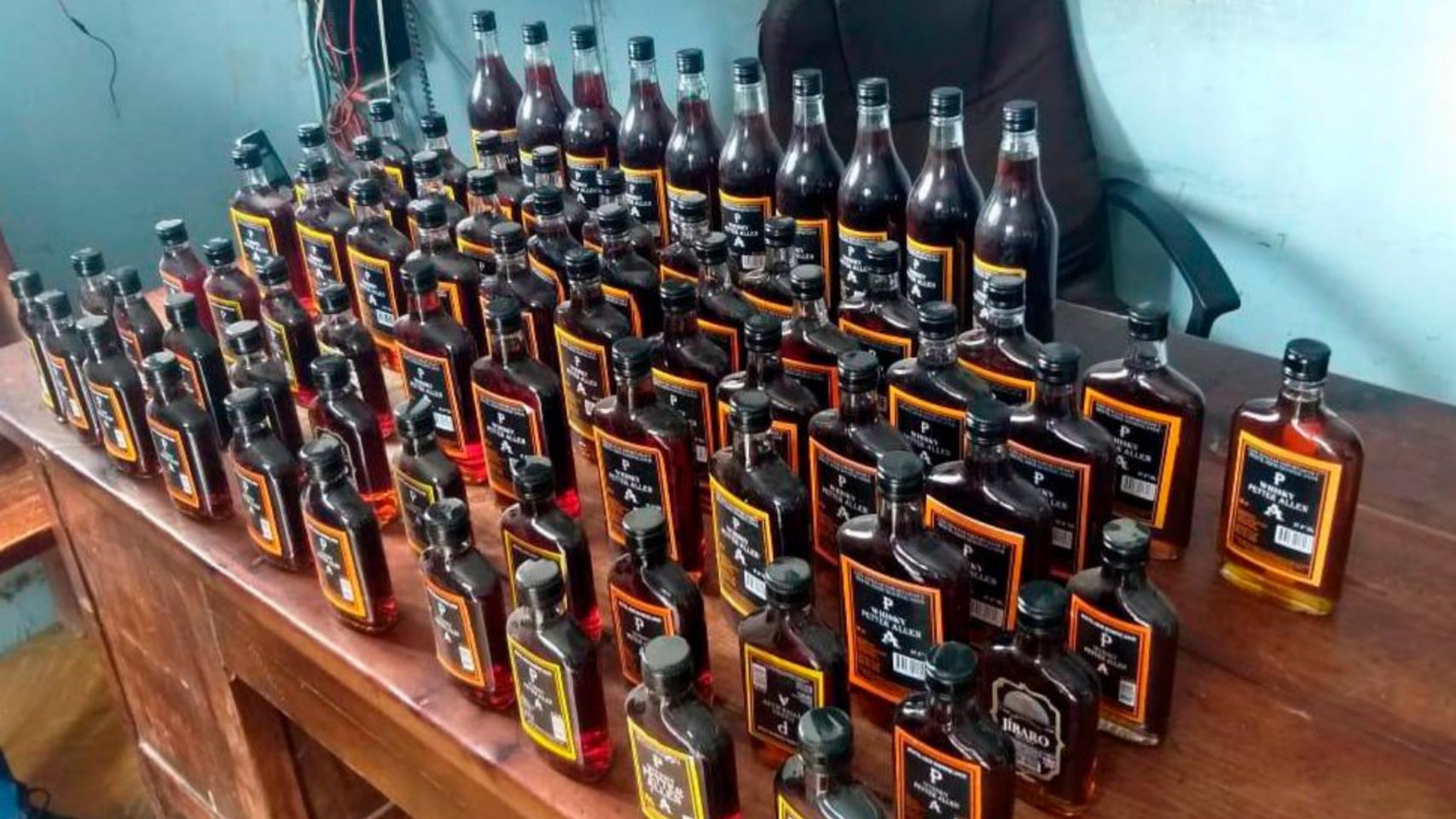 Peter Allen drink, which has been identified by the authorities as one of the adulterated brands. (EXTERNAL SOURCE )

The number of deaths caused by the ingestion of adulterated alcoholic beverages so far this year exceeds 100 after the authorities reported this Saturday the deaths of three more people.

The fatalities occurred in the provinces of Santiago Rodriguez and Montecristi, according to the report of the Northwest Regional Directorate of the National Police.

Tejada Espinal told her daughter before her death that she had bought the drink in the colmado Rodriguez, located in the municipality of Monción, so the case is being investigated to establish responsibilities.

Meanwhile, the body of the Haitian Pie was found in a state of decomposition, together with several empty bottles of “Peter Allen” rum, in a house under construction located in the Los Jazmín sector of Montecristi.

Ramirez Moya, who lived in the municipality of Guayubin, died while receiving medical assistance at the hospital of that locality.

The bodies of the deceased will be sent to the National Institute of Forensic Sciences (Inacif), in the city of Santiago de los Caballeros, for the corresponding legal purposes.

So far this year, 21 people have died of alcohol intoxication in the Línea Noroeste (Northwest Line).

Due to the increase in deaths, the authorities have launched an operation to dismantle clandestine stills in different parts of the country. Meanwhile, the Government declared the issue of adulterated alcoholic beverages as a national security issue.