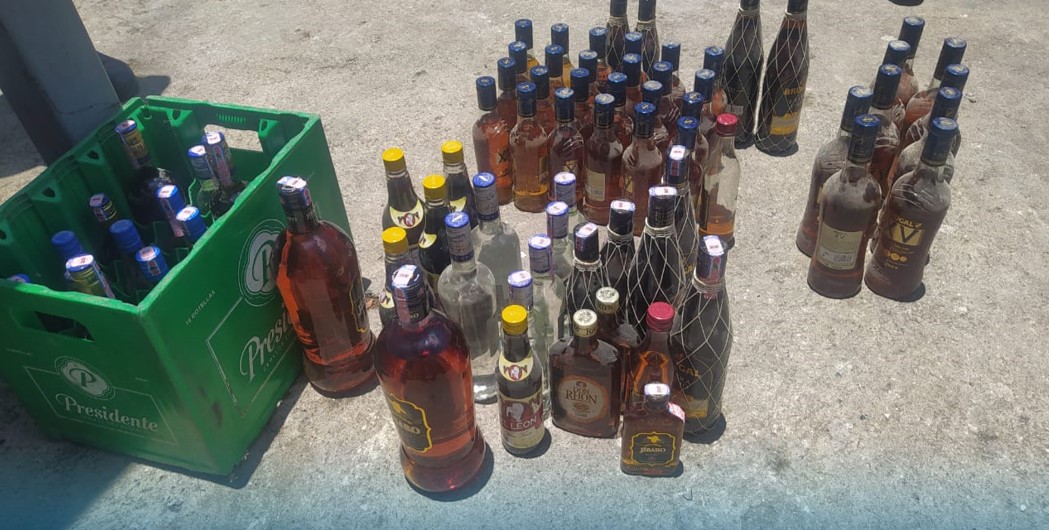 Adulterated drinks seized by the authorities in San Cristóbal.

SAN CRISTÓBAL. – Dozens of bottles of adulterated rum were seized during 18 raids carried out in different neighborhoods and sectors in San Cristobal by the National Police, together with the Ministry of Public Health, the Public Prosecutor’s Office, and the General Directorate of Customs.

Following the raids, the National Police reported that 13 people were arrested for investigation purposes.

The authorities specified that during the raids, the van they were traveling was pelted with stones.

All the detainees will be submitted to justice for coercive measures, and the seized goods will be sent to the prosecutor’s office for the corresponding purposes.