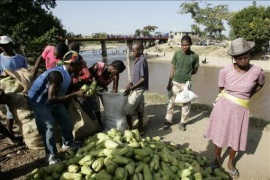 Santo Domingo.- The attempt to reroute the Masacre River, as it passes through Dajabón (northwest), towards the community of Ouanaminthe, (northeast Haiti), is stoking tension in the area.

According to residents of Dajabón, for that reason the authorities of the neighboring country have already built a canal in their territory.

Dajabón governor, Rosalba Peña said that a binational commission will meet next Tuesday, at which meeting they expect technicians in charge of the work in Haiti to present a report on the project.

It would be the second meeting between representatives of both countries to discuss the issue of the river that crosses part of the northern strip of the Dominican-Haitian border.