Opposition party pulls the rug out from indicted general 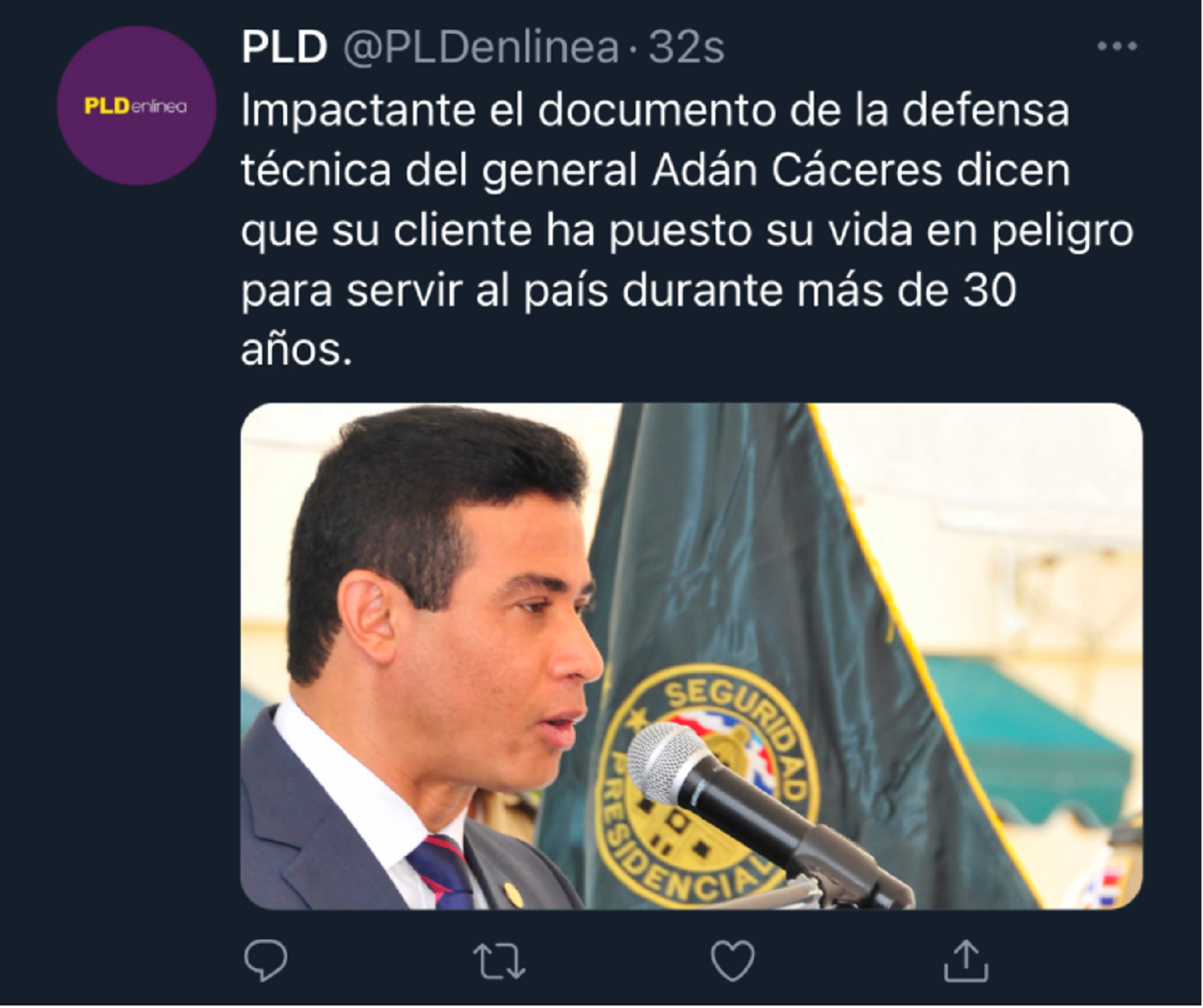 “The document of the technical defense of General Adán Cáceres says that their client has put his life in danger to serve the country for more than 30 years,” the PLD said on its Twitter account, which was surprisingly deleted almost immediately.

Cáceres’ defense criticized the accusation, claiming that the defendant has served the nation for more than three decades.