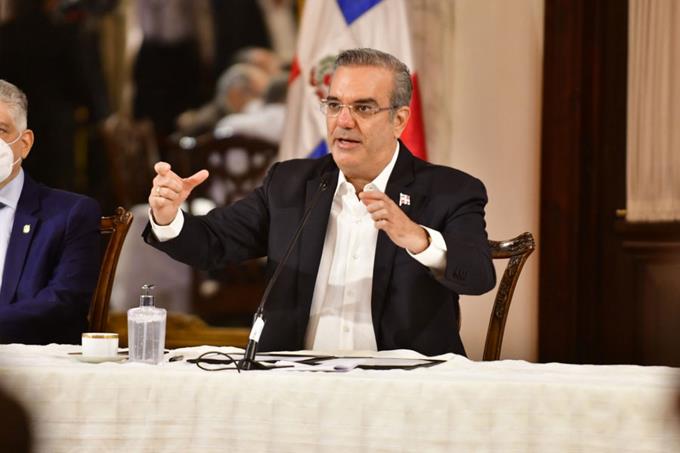 President Luis Abinader affirmed yesterday that the government is analyzing the public employees who were fired and who were fulfilling a function to see if they can be brought back to their jobs.

However, Abinader commented that there are many of those dismissed where their work was questionable.

He said that if a public servant belonged to the administrative career, he could not “have been cancelled,” adding that an essential part of the terminated public employees was reappointed. However, the “truth is that many times the payrolls were bigger than the people who worked in many of these institutions.”

Labor Unions
The President referred to the subject while participating in a press conference with the leadership of the employer sector, the leadership of the central labor unions, the presidents of the Senate and the Chamber of Deputies, as well as the Minister of Labor and other officials, to reactivate the National Employment Commission, with which they seek to create some 600,000 jobs in the next few years.

Employment Commission
The president proposed to initiate a tremendous national dialogue where all sectors participate in achieving the commitments made with the working masses to improve their labor rights and increase the income that goes in line with the wealth contributed by workers.

“But we cannot complete this transformation process to which we have committed ourselves without the participation of all the sectors involved in the production of goods and services, in the generation of jobs and economic growth, if not through the opening of inter-institutional dialogue spaces and at different scales that allow us to know, in the first place, what are the most pressing needs, both on the part of employees and employers.”

CHRONOLOGY
Productive sectors
He said that this social dialogue must be based on trust and respect for the contributions made by the productive sectors to the economy, especially workers, businessmen, and the Government of the Republic itself.

Usefulness of dialogue
“The construction of a solid Welfare State requires the generosity of citizens, companies and the State itself. And my Government is in the best disposition to lay the foundations to reach the necessary agreements to achieve the definitive growth and development of our country, within the framework of this inter-institutional Social Dialogue that, as President of the Republic, I have come to propose to you.”