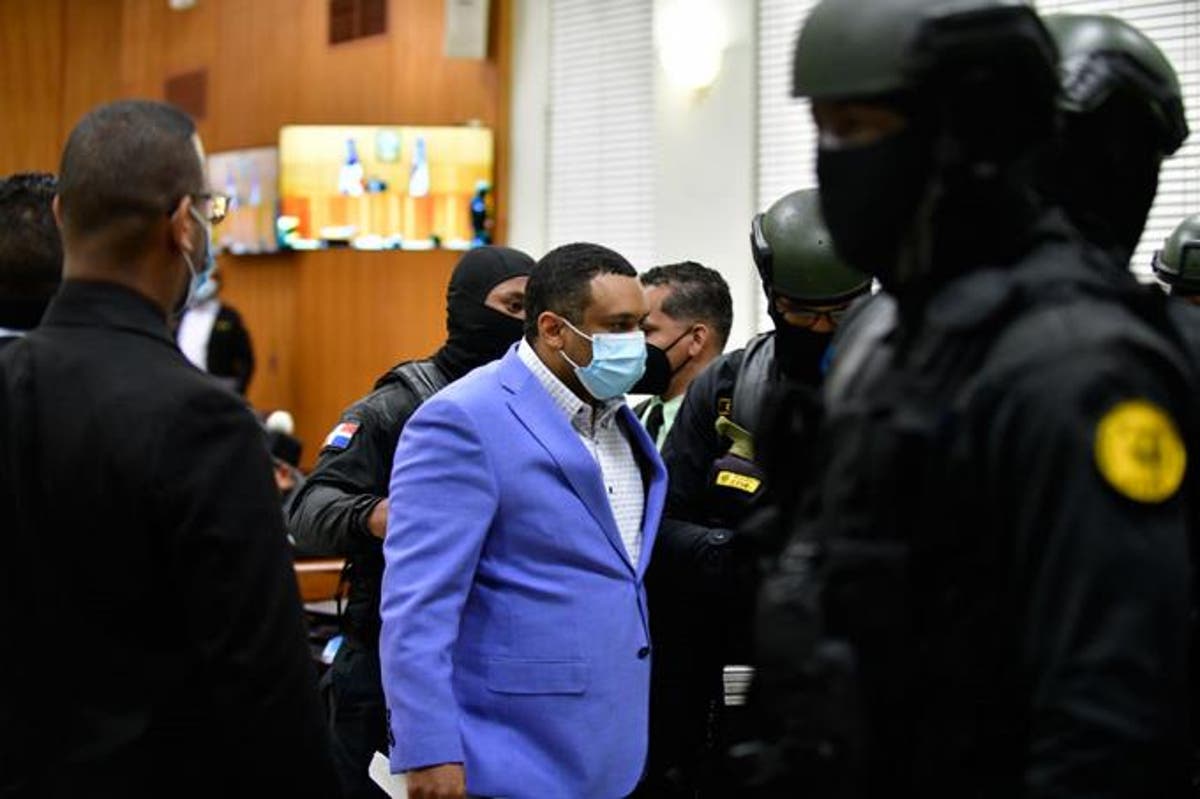 Major Raúl Alejandro Girón Jiménez when he was leaving the court after intervening last night to admit the facts alleged by the public prosecutor in the corruption network in the “Operation Coral” case. / VÍCTOR RAMÍREZ

After the intervention of Major Giron Jimenez at the stroke of midnight, the judge of the Permanent Court, Kenya Romero, ordered a recess of the hearing to continue today at 2:00 in the afternoon.

The Public Prosecutor’s Office shone throughout the hearing yesterday, with its key witness, Raul Alejandro Giron Jimenez, making a devastating statement against the perpetrators of a corrupt network allegedly led by General Adan Caceres. He illegally seized millions of pesos from the treasury.

While admitting his participation in this scheme, Girón Jiménez, ex-financial director of the Specialized Tourism Security Corps, summed up his confessions by saying that he would not lie anymore and would tell “the whole truth.”

In very unusual participation in coercive measures, Girón Jiménez took the floor and admitted his responsibility in the case and said that he could not hide the truth.

He stated that he had a scoop for Colonel Núñez de Aza: “I did not delete the Whatsapp” and that his phone was seized from him in the Public Prosecutor’s Office raid 24 April.

He also said that he was asked to delete the payrolls of the institutions he administered and that he took those documents to his private server, which is also in the hands of justice.

He accepted the entire accusation of the Public Prosecutor’s Office and said that Colonel Núñez de Aza directed the financial part of the network.

He said that among his main functions was to manage the Cusep and Cestur payrolls.

“That money was delivered to the command house, the house of Rafael Núñez de Aza, who is the mastermind,” he said, “The meetings were at night to deliver the money, because that way there was less chance for them to see me enter his house,” Girón Jiménez said at the hearing.

He added that one of his functions was to make money deposits in transfers and payments to Adán Cáceres, Juan Carlos Torres Robiou, and Rafael Núñez de Aza. When the change of government occurred, Colonel Núñez de Aza asked him to delete all the conversations they had on his Whatsapp. The reference was during the last years they had operated in the network.

“I am a key person and key people do not move and that is why I have been in the same position,” he said at the hearing.

He denounced that every time they change the director of Cestur, they would wait for him with up to 10 million pesos.

He said that the new directors were even told to go to a dealer to get the “vehicle they wanted.”

He also pointed out that as a result of time and work for Núñez de Aza, when he met the people involved in the hearing, they were simple people from the lower middle class.

In the final part of his speech, Girón Jiménez blamed General Cáceres, Colonel Núñez and the other defendants, including their lawyers, for anything that might happen to him or his family.

General Adán Cáceres
The defense of General Adán Cáceres Silvestre asked the court to reject the request for his client’s imprisonment, guaranteeing that the accused commits himself to any request made to him and to help in the investigation.

And they downplayed the importance of the accusations of the Public Prosecutor’s Office, pointing out that the charge is based on statements of the accused Girón Jiménez.

They pointed out that Girón Jiménez, the Public Prosecutor’s witness, confessed that he stole money from the payroll of the Cuerpo Especializado de Seguridad Turística and laundered money to deliver it to Adán Cáceres and that it is on this statement that the prosecutors base their accusations.