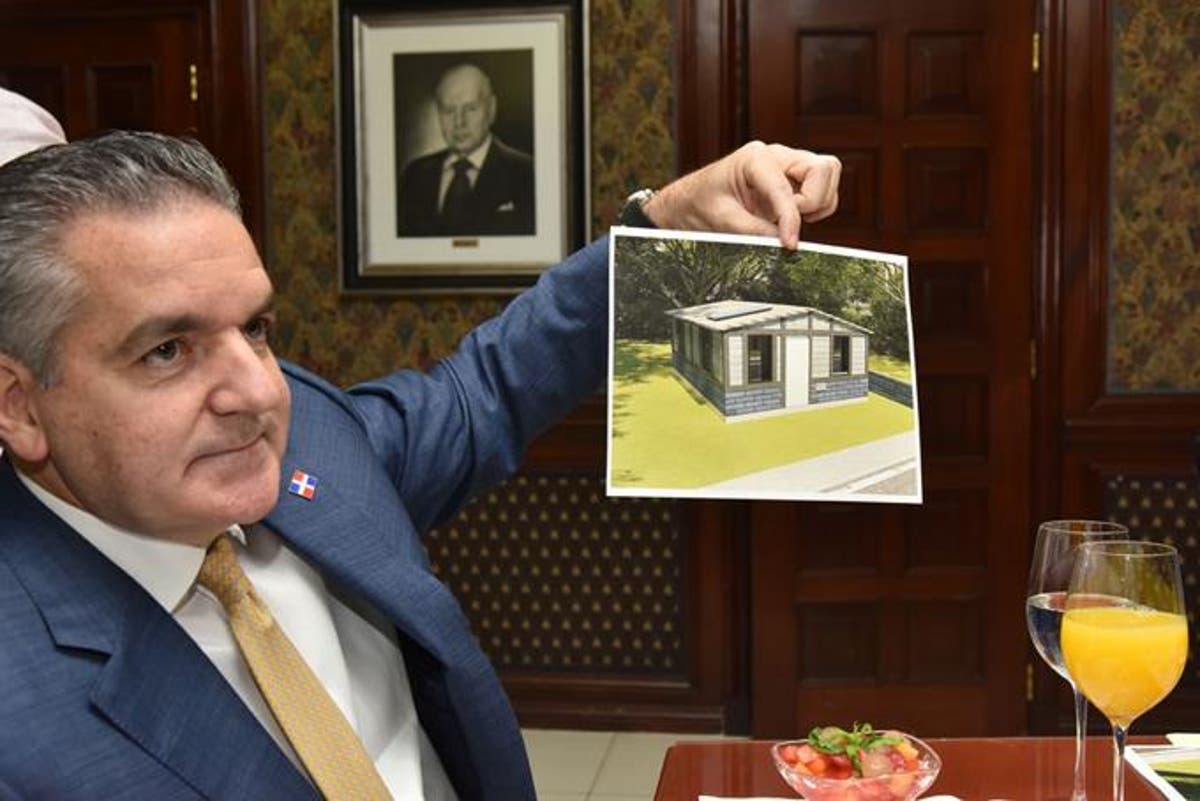 Each special project of the Presidency has a budget.

The Dominican Government will provide people with limited resources about 300 eco-friendly houses at the end of the year.

The houses will be 47 square meters, built on land provided by the municipalities of each province. Still, they will have a peculiarity compared to other housing projects of the State: they will be built with the plastic that comes from the rivers and streams of the Dominican Republic.

It is estimated that by the end of this year, the Dominican nation will already have about 300 eco-friendly houses, where the construction materials will not be cement, rebar, or blocks, giving rise to the establishment of eco-communities throughout the country.

The entity that will develop this initiative is Strategic Projects and Special Programs of the Presidency (Propeep), whose minister in charge is José Leonel (Neney) Cabrera, who, while participating in the Listín Breakfast, informed about the areas that will impact this strategy to reduce the housing deficit.

Cabrera commented that the process would be to recruit young people from the neighborhoods located around where the houses would be built to collect the plastic and earn a minimum wage, but get an incentive for the pounds of recycled material they collect. They would become stewards of the environment.

Then, these construction elements would go to a recycling plant located in Santo Domingo Norte, and the Government will also promote the construction of another plant of this type.

At the Listín Breakfast, headed by the director of the newspaper, Miguel Franjul, and the deputy director, Fabio Cabral, Cabrera emphasized that this action creates jobs, recovers and encourages the cleaning of the ravines and rivers, and reduces the housing deficit, thus impacting pillars such as housing, environment, and work.

Cabrera, who was accompanied by Riqui Michel, Propeep’s Planning Director; Bárbaro Batista, Communications Director; Otniel Salcedo, in charge of Digital Communication, and Alejandro Varón, said that these houses would no longer have zinc roofs, but one made of recyclable materials and a solar panel will be placed on them to guarantee energy to the house.

The recovered material that will be used to build the eco-friendly houses, according to Cabrera, has a useful life of more than 100 years, in addition to making the house as resilient and resistant to weather as a traditional one.

As an additional aid, the entity will deliver these homes with furniture, a dining room, appliances, and a water tank to have water.

“We have a concept of developing eco-communities with the idea that we can install the services we offer so the people in the lower-income areas do not have to move to the city to meet their primary needs,” he specified.

More details
The technology used for the construction of eco-friendly communities allows reusable plastics to be fireproof. For this process, all types of plastic are used. A house like this is 25% cheaper than a traditional house, Cabrera points out, adding that the final cost, with furniture and household appliances included, is around one million pesos.

“A great benefit is that we are recovering material that does a lot of damage to the environment. This is taking advantage of waste. Most of the pollution we have in streams and rivers is from plastic components,” he lamented.

These houses will have two bedrooms, a bathroom, living room, kitchen, and dining room, as well as a patio. Propeep’s donations will be delivered according to the level of poverty according to the indicators evaluated by the entity.

The model of houses that Cabrera proposes has already been implemented in the Dominican Republic. Still, they have been donated by the private sector in pilot plans in Moca, Azua, and other areas of the country.

Their homes now
Cabrera clarifies that currently, the Dominicans to whom the ecological houses will be built live in houses of less than 20 square meters, so their quality of life would improve substantially. In addition, in their current homes, only cardboard or curtains divides one area from the other. “That is going to have a change in people’s lives,” argued Cabrera, pointing out that Propeep has also delivered traditional houses to families in Barahona, San José de Ocoa, and other areas.

One of the objectives of Cabrera’s management, as he stated, is to promote the protection of the ecosystem in all the initiatives that are being undertaken, creating value, opportunities and employment for Dominicans.

Citizens will not pay for the ecological housing, so they will not have to take out a loan.

Locations
They are located in the municipalities of Samaná, Las Terrenas, Verón, Nagua, Puerto Plata, Haina and La Altagracia.

Sustainability
This initiative has two phases and seeks to create a value chain to protect the environment.