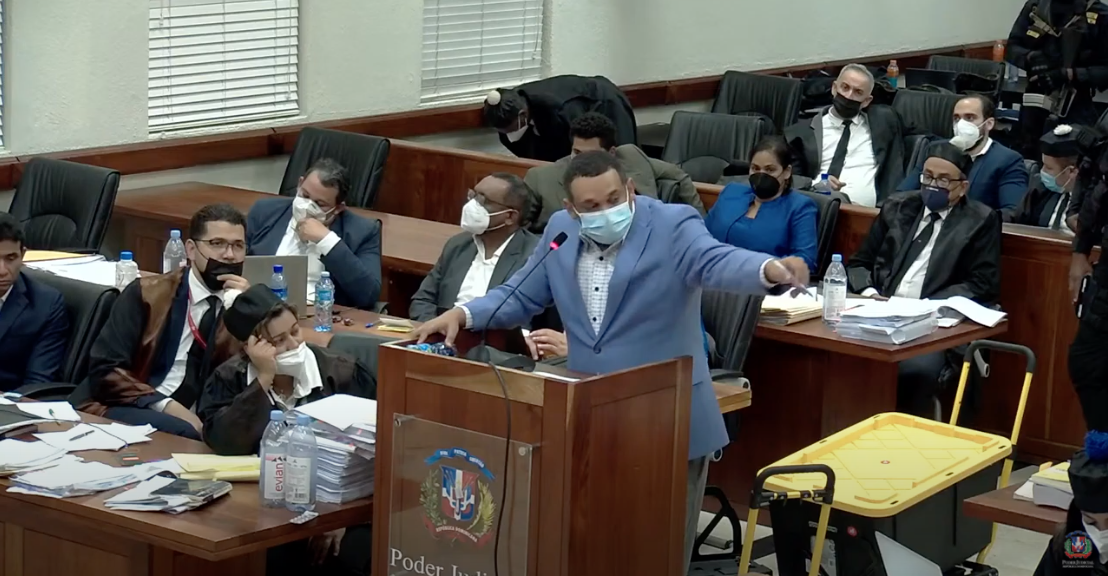 Santo Domingo.- After the compromising statements revealed at a hearing by the defendant Raúl Alejandro Girón, the Justice Ministry requested Friday before the court to place the defendant in house arrest instead of pretrial detention.

The request was made by the deputy attorney general Yeni Berenice Reynoso, after arguing that the prosecution has all the evidence from the confessions made during the arraignment in the US$150 million Coral graft case.

She asked that the address where Girón is to be held be considered classified or confidential, given the danger to his integrity, after having exposed before the court, in a comprehensive and detailed manner, “how the corruption network that syphoned millions of taxpayer pesos operated.

On Thursday night Girón made use of his right to testify, during the hearing in the National District courthouse, in which he exposed the workings of the criminal network that allegedly included Maj. Gen. Adán Cáceres, Rossy Guzmán (the Preacher), among others, civilians and military.