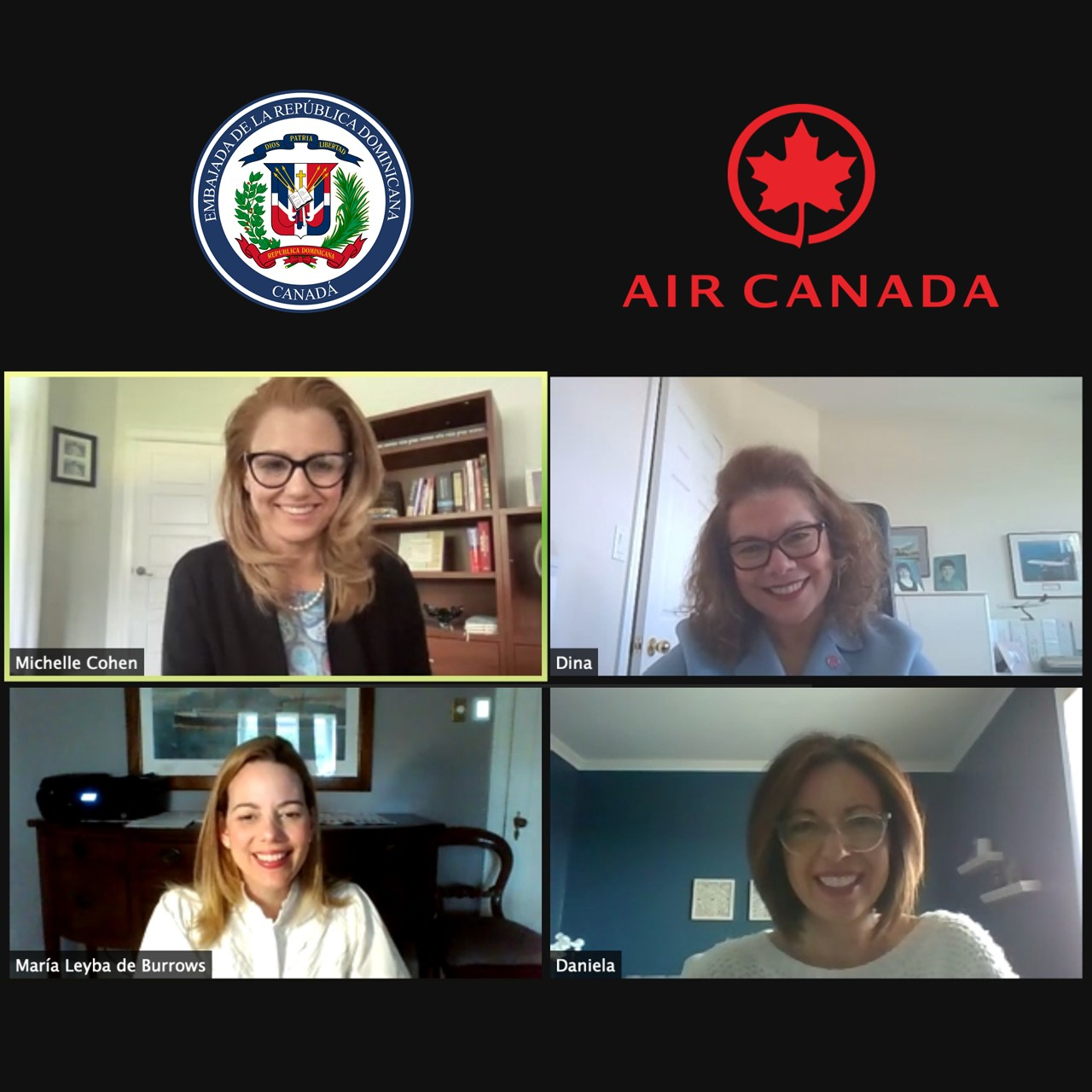 Dominican ambassador Michelle Cohen began a series of meetings with Canadian airlines to join efforts to reopen flights to the Dominican Republic in the reactivation of tourism that the Caribbean country has initiated.

The first virtual meeting of the diplomat was with Air Canada, in the persons of its executives Dina Bertolo, vice-president of product development, and Daniela Mauro, chief business officer.

The airline representatives congratulated the Dominican tourism authorities for how they are conducting the opening and reactivation, affirming that the Caribbean island is among their priority destinations, especially Punta Cana, Puerto Plata, and Samaná.

From their point of view, the authorities’ provisions have been necessary for the hotels to maintain their operation amid the sanitary contingency of the Covid-19.

They revealed that Air Canada has structured a five-year plan for the Dominican market and currently has flights for reservations in the system, accommodating consumers for reopening.

The airline expects to resume flights to the Dominican Republic on June 26th of this year. The executives recalled that Air Canada was among the first airlines to fly after the pandemic broke out, thanks to its strength and ability to take risks.

Ambassador Michelle Cohen’s meetings with other Canadian airlines will continue this week. Before the pandemic, around 900,000 Canadian tourists visited the Dominican Republic each year. According to the Central Bank, between 2010 and 2019, Canadian investment in the country totaled US$4 586 million, making it the third-largest foreign investor in the country.

Canada had an outbound level of 26 million tourists in 2018, a reality that places it within the top 10 as one of the countries with the highest issuance of tourists to the world.