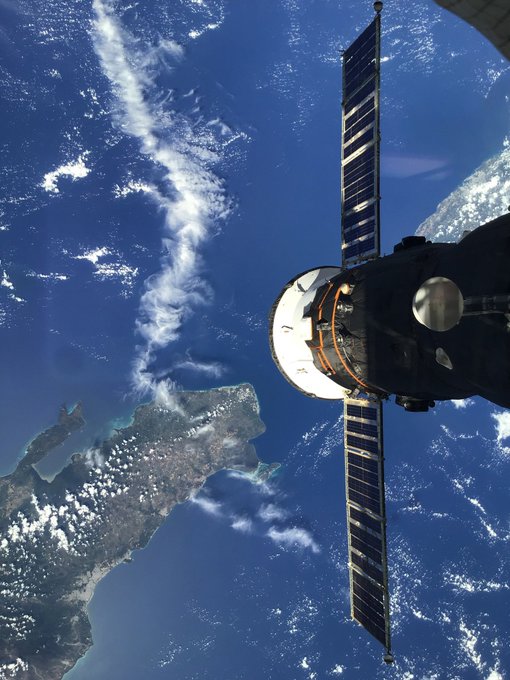 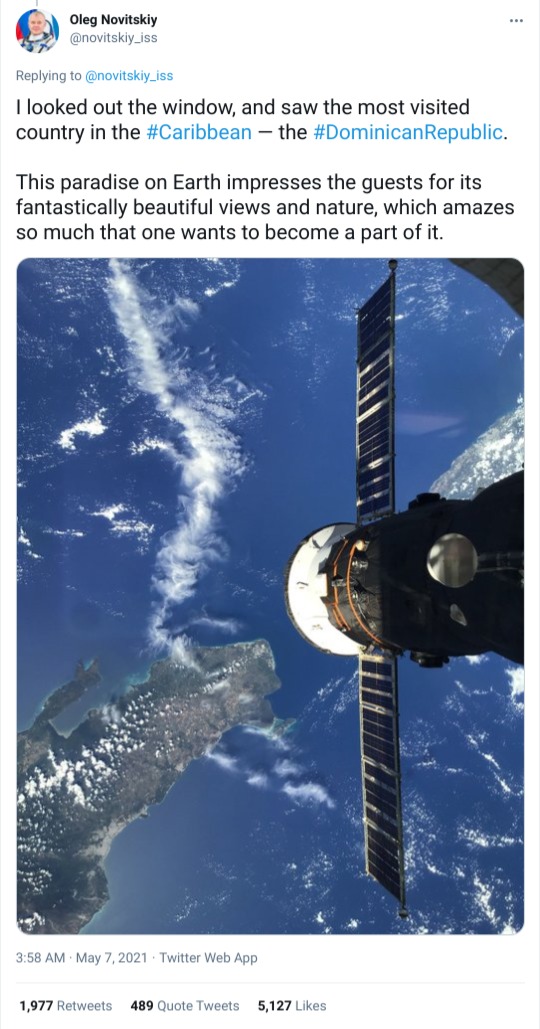 President Luis Abinader responded to the tweet by Russian astronaut Oleg Novitskiy, who praised the Dominican Republic describing it as “a paradise on earth.”

“Thank you Oleg for your kind words and admiration for our beloved Dominican Republic. We invite you to visit us as soon as you return from space,” the president posted on his Twitter account.

Oleg responded positively to Abinader’s invitation to visit the country.

“Thank you very much for the invitation, Luis Abinader,” he said.

Yesterday, the astronaut shared a photo from the International Space Station ((ISS).

“I looked out the window and there we flew over the most visited country in the Caribbean: the Dominican Republic. This paradise on Earth is remembered by guests for its fantastic views and its nature, which amazes so much that one involuntarily wants to be part of it,” the cosmonaut posted.

About the astronaut. Novitskiy is a Lieutenant Colonel in the Russian Air Force, selected in 2006.

EEI.  The International Space Station is an orbiting research center and interpretation laboratory. A collaborative project between NASA space agencies, from the United States; Roscosmos, from Russia; JAXA from Japan; ESA, from Europe and CSA, from Canada.