There have already been 152 deaths due to adulterated beverages 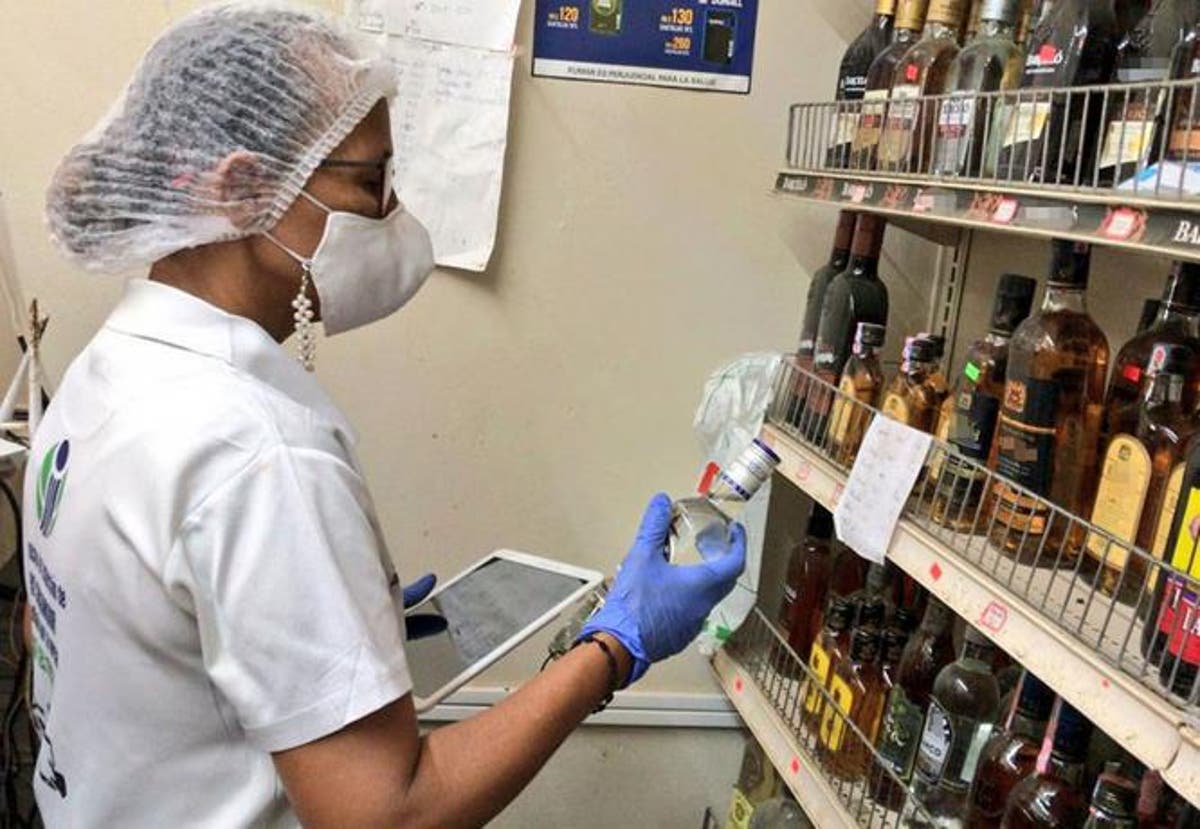 The fatality rate for adulterated alcohol intake remains at 34%. FILE/

As of yesterday, the country registered 444 people with methanol poisoning in different regions.

The outbreak of methanol poisoning through the ingestion of adulterated beverages continues to generate deaths in the country, adding in the last few hours five new cases and one death, bringing the figures as of yesterday to 152 fatalities and 444 intoxicated persons.

The total number of municipalities affected by intoxications is 52, and the neighborhoods or sectors total 139.

The report highlights that the geographical behavior of this year, 2021 exceeds the provincial incidence of 2020 by approximately 20%.

High levels of methanol
The fatality rate remains at 34 percent. It is highlighted that since April last year to date, the country has been reporting intoxications and deaths due to the consumption of alcoholic beverages with high levels of methanol every month and uninterruptedly during the last 40 days of this year.

These figures are showing an endemic behavior due to the recurrence of cases.

Eleven types of beverages
According to the report, during the last three weeks, 90 percent of the reported cases are linked to adulterated beverages with high methanol concentration.

The epidemiological surveillance network has reported a total of 11 different types of beverages. Since the end of last month, new measures were announced to control the manufacture of drinks with adulterated alcohol,

In addition, President Luis Abinader issued a decree that tightens the rules for importing and commercializing methanol and preventing the covert transfer of this substance to counterfeit beverages.

The authorities also announced the creation of two working groups: one for the implementation of an intelligence and traceability program in the import and commercialization chain. The other is to intensify and coordinate operations in factories and stores in the country.

Operations
The authorities also intensified the operations for the dismantling of clandestine factories of adulterated beverages and the intervention of stores in different parts of the country, many of which have been closed and their owners arrested.

Great alarm in the population
Alert.
The ingestion of adulterated drinks has caused great alarm among the Dominican population due to the high number of deaths and people affected. The Ministry of Public Health was forced to issue an epidemiological alert since the beginning of April and has asked the population to abstain from drinking clandestinely produced alcoholic beverages since 40 percent of those who get intoxicated with these substances do not survive.