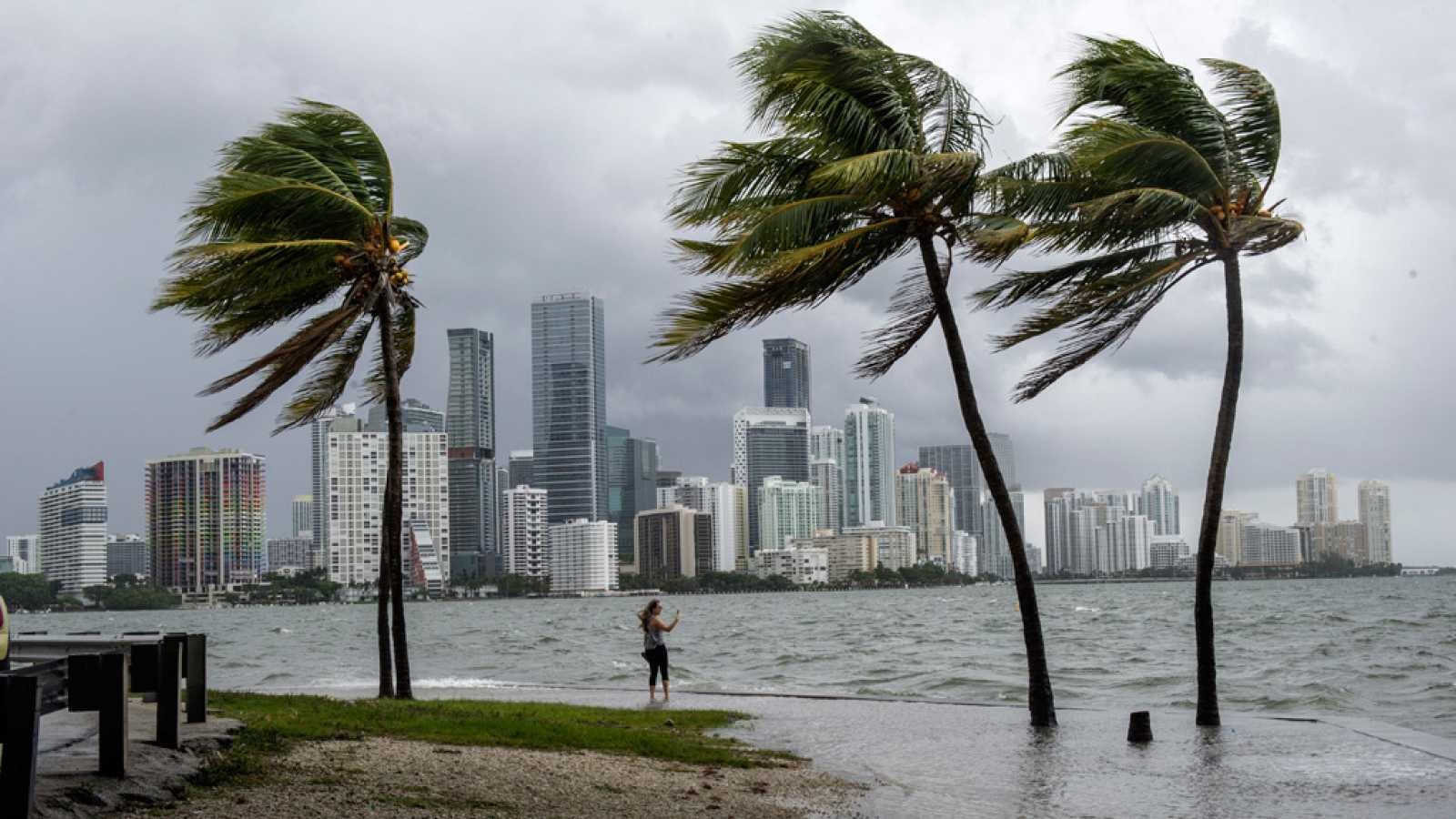 Illustrative image. -Source winds hit Miami, prior to the arrival of a hurricane. External photo.

The hurricane season in the Atlantic, which will officially begin on June 1, will be less intense than 2020. 2020 broke historical records with 30 named storms but more active than usual, Maria Torres, a meteorologist at the U.S. National Hurricane Center (NHC), told Efe on Friday.

“It’s going to be active, more active than normal, but not as active as in 2020,” said Torres, who recalled that it is still in a cycle of increased cyclonic activity and favorable conditions for the formation of storms.

Among the favorable factors for the generation of cyclones, she mentioned the warm sea surface temperature at the moment, an essential fuel for their operation, and the foreseeable formation of the meteorological phenomenon of “La Niña” in the Pacific.

“The Atlantic waters are warm and energy is flowing into the system; in addition, we are coming out of the ‘El Niño’ phenomenon in the Pacific, which inhibits the creation of hurricanes in the Atlantic. With the entrance of “La Niña,” it is predicted that the winds at higher levels will not be so strong and will not inhibit the formation of storms in the Atlantic basin,” the meteorologist said.

Torres indicated that next week the NHC will have ready the general cyclonic forecast for 2021 of the National Oceanic and Atmospheric Administration (NOAA), with the number of storms and hurricanes, but that “the most important thing” is that the population “prepares” in advance in the face of the destructive capacity of hurricanes and storms.

“A single storm can do catastrophic damage,” she warned, to urge the population to “be aware of the daily updates” that the NHC carries out in the monitoring of cyclonic activity.

She also highlighted the vulnerability of the Florida peninsula, with its coasts exposed to the threat of hurricanes that can wreak havoc and cause considerable damage.

In any case, the expert indicated that this hurricane season “is not going to be like the historic 2020 season, with 30 named storms.”

The 2020 season was expected to be very active, but the reality exceeded all forecasts with this extreme activity level.

In fact, meteorologists had to resort to the Greek alphabet after exhausting the list of 21 programmed names, something that had only happened once before.

The year 2020 also closed with the second-highest number of hurricanes on record (13), 6 of them major category (3,4 and 5 on the Saffir-Simpson intensity scale), and the landfall on the U.S. coast of 12 storms, another record.

Many storms recorded in 2020 formed in Caribbean waters or in the Gulf of Mexico, which is why 9 of the 12 hurricanes that made landfall on U.S. mainland soil did so in the Gulf states.

Thus, the state of Louisiana, for example, suffered the impact of 5 storms, numbers of which there are no previous records.

The 2021 Atlantic hurricane season will be the first to reflect the new average of cyclonic activity in this basin.

Thus, the updated average for an Atlantic hurricane season, which considers the 30 years from 1991 to 2020, increased to 14 named storms and seven hurricanes.

Based on cumulative records between 1981 and 2010, the previous average activity was 12 named storms and six hurricanes, NOAA said.