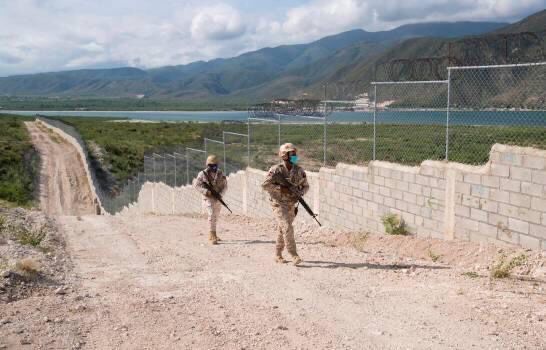 Santo Domingo.- The construction of a border fence unleashes passions, especially after President Luis Abinader officially announced it on February 27. There are unbelievers who doubt that it has begun to rise, despite the fact that there has not been “the first formal piezo”. But yes, it started.

If one adds what was built a few years ago in Elías Piña and more recently in Jimaní, there are already about 23 kilometers raised of a fence with a block base, cyclonic mesh and barbed wires that meander the top.

Those few kilometers with gates –on a 380-kilometer border– are already bringing results, as assessed by Army General José Manuel Durán Ynfante, who heads one of the most sensitive armed groups: the Specialized Corps for Land Border Security (Cesfront).