More than 60% of Covid patients are in intensive care 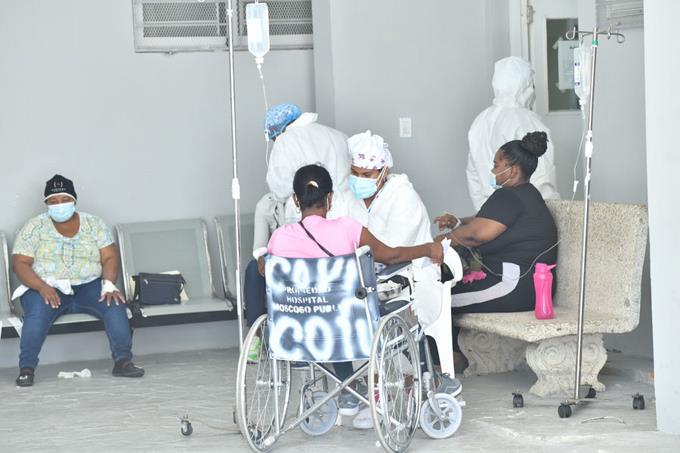 Some 194 patients with Covid-19 were yesterday under assisted ventilation, representing about 63% of the 306 patients admitted to Intensive Care Units of the network of Covid centers nationwide, with occupancy levels of 58% in ICU and 48% of the ventilators enabled for these patients.

The most critical levels of occupancy of ICU beds and ventilators are registered in Greater Santo Domingo. Yesterday, 90% of the ventilators installed in the hospitals-Covid were occupied, and 39% of those located in the clinics, for an overall occupancy of 68%, leaving availability of only 61 of this equipment.

In this province, 75% of the intensive care beds were still occupied, reaching 83% in hospitals and 67% in clinics, with only 65 spaces available for the admission of critical patients. Regarding general beds-Covid, occupancy reached 60%, with the highest percentage of occupancy in private establishments reaching 63% and 58% in public establishments.

Positivity at 22.70%.
In the last 24 hours, the country reported the registration of 1,016 new cases of the virus and no deaths, according to the data contained in epidemiological bulletin 426 issued yesterday.

During this period, 6,123 laboratory samples were processed, placing the daily positivity rate at 22.70% and the last four weeks at 12.11%.

Active cases of the virus increased to 41,183, while the accumulated number of cases since the beginning of the epidemic to date is 279,565. As no deaths have been recorded in the last 24 hours, death statistics remain at 3,597.

Although the country maintains a seven-day incidence of the Covid-19 virus of 32.40 cases per 100,000 inhabitants at the national level, the incidence rises considerably in the National District, reaching 99.98, according to the details provided yesterday.