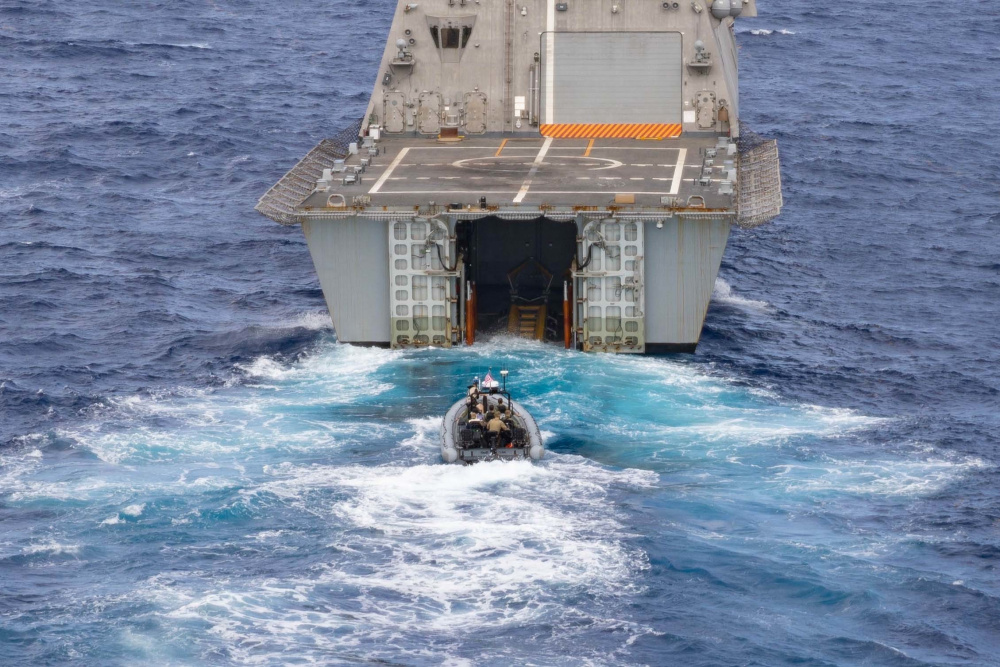 During the exercise, forces worked together to find, track and intercept a simulated drug smuggling vessel and practiced a series of tactical shipboard movements, formations, and vectoring. They also tested maritime command and control capabilities.

The training helped to improve interoperability and demonstrate the strategic partnership with the Dominican Republic that helps facilitate conducting naval operations against emerging threats in the region.

“Our consistent presence here in 4th Fleet is vital to combating illegal drug trafficking,” said Cmdr. Wade Smith, commanding officer of Sioux City. “Being able to conduct coordinated interdiction training with our partners in the Dominican Republic helps us all to be more prepared to execute the mission and support our goal of keeping these waters safe for all who navigate them.”

Bi-lateral engagements allow both navies to strengthen tactical readiness for future operations, maintain readiness at sea, and support continued commitment to security and stability in the region.