Covid-19 has penetrated the whole country 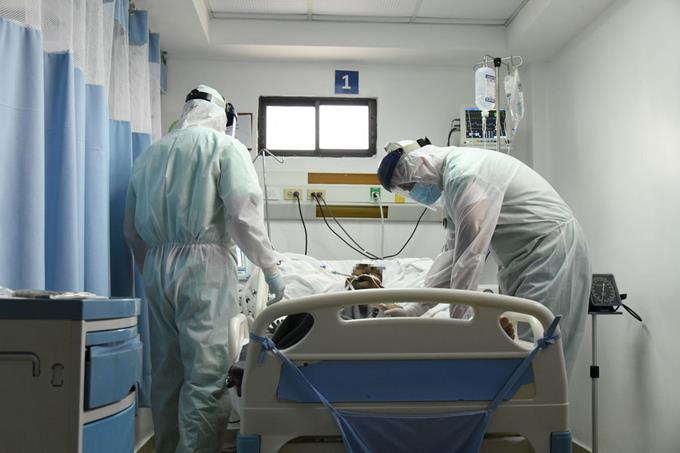 New cases have been registered in all 32 provinces.

Yesterday the country reported  1,765 new cases of the Covid-19 virus in the last 24 hours. The instances are distributed in the 32 provinces of the country, with records ranging from one case in four of them to 1,148 in Greater Santo Domingo. In this boundary, the demand for hospitalizations continues to overwhelm the capacity of health centers.

The provinces that added to the contribution of new cases of infection compared to the report issued the previous day when the system reported 1,702 new cases were Bahoruco, with zero cases and yesterday reported 31 new infections and El Seibo, which went from none to 13 yesterday.

The provinces which reported the highest number of new positive cases yesterday were Greater Santo Domingo with 1,148 new cases, of which 622 correspond to the National District; San Cristóbal with 116 new cases; La Romana and La Altagracia with 44 and 51 new cases, respectively; Barahona with 52 cases; San Juan with 50 cases and Santiago with 48 cases.

ICU bed occupancy rises
The indicators of hospitalizations also registered significant increases yesterday, with the occupation of intensive care beds (ICU) going from 63% the day before to 66% yesterday with the registration of 373 hospitalized critical patients. Regular bed occupancy increased by the same percentage from 42% to 45% compared to Wednesday’s report, with 1,137 patients admitted. In comparison, the use of ventilators increased by 5%, from 51% to 56% in yesterday’s report, with 255 under ventilation due to Covid-19.

Ventilators had an average occupancy rate of 71%, the highest occupancy in public hospitals, and 81%.

Three-year-old children
The presence of infants and children between two and three years of age in the emergency rooms of the Robert Reid Cabral hospital suffering from covid-19 has forced its director, Clemente Terrero, to ask for cribs for hospitalization.

The infectologist detailed that the hospital has ten beds for coronavirus, and this Thursday dawned with eight occupied, while in ICU, there are 13 beds; two are specifically for covid-19.

“Today there was only one bed that was being washed, probably to be occupied by another patient,” said Terrero, referring to the intensive care unit.

Data
Two new deaths
The country reported two new deaths due to the virus, adding to the 3,620 deaths reported according to the Covid special bulletin number 434 issued yesterday by the Ministry of Public Health.

The cases
The total number of positive diagnoses accumulated in the Dominican Republic stands at 288,034 since the beginning of the pandemic, of which 45,915 were reported with the active virus until yesterday.