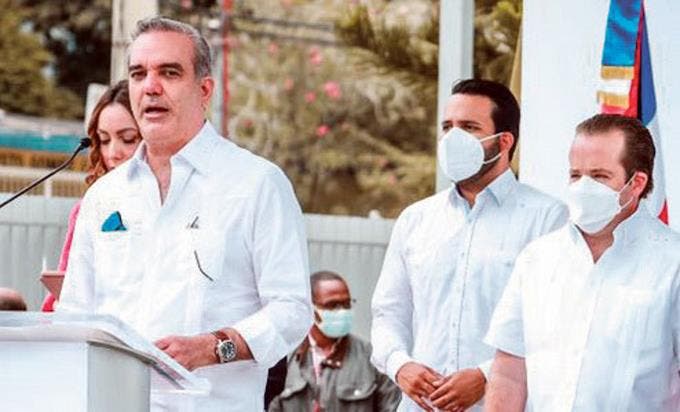 Abinader contemplates a dam on the Artibonito river.

The Dominican Republic has not expressly granted Haiti the right to the regulated use of the waters of the transboundary Massacre River, senior sources in the government of President Luis Abinader assured yesterday.

So far, the only formal agreement that exists is a declaration of intentions issued by the Dominican-Haitian Bilateral Mixed Commission, creating a Technical Table to discuss that possibility for the future.

After President Abinader said on Saturday in Jarabacoa that he had been surprised by the version that Haiti had been given the green light to take advantage of the waters of the Massacre, a palace source reaffirmed that so far, what has been decided is to leave any decision on the matter in the hands of the Technical Table.

The Technical Committee was scheduled to meet again this week, but the meeting has been postponed without a fixed date.

Haiti is building a canal in the border area to connect it to the Massacre to divert a volume of water to its territory, which the parties agreed upon according to the terms of a treaty of friendship signed with the Dominican Republic in 1929 on transboundary rivers.

Haiti has several tributaries that feed this river. In whose territory the Massacre rises and flows, the Dominican Republic has five canals connected and four in operation.

Large tracts of land, mainly cultivated with rice, benefit from irrigation. The government contemplates expanding the area to 200,000 hectares by constructing a dam on the Artibonito River, whose construction was announced by President Abinader that day.