Corpus Christi: What does it mean and why is it celebrated today? 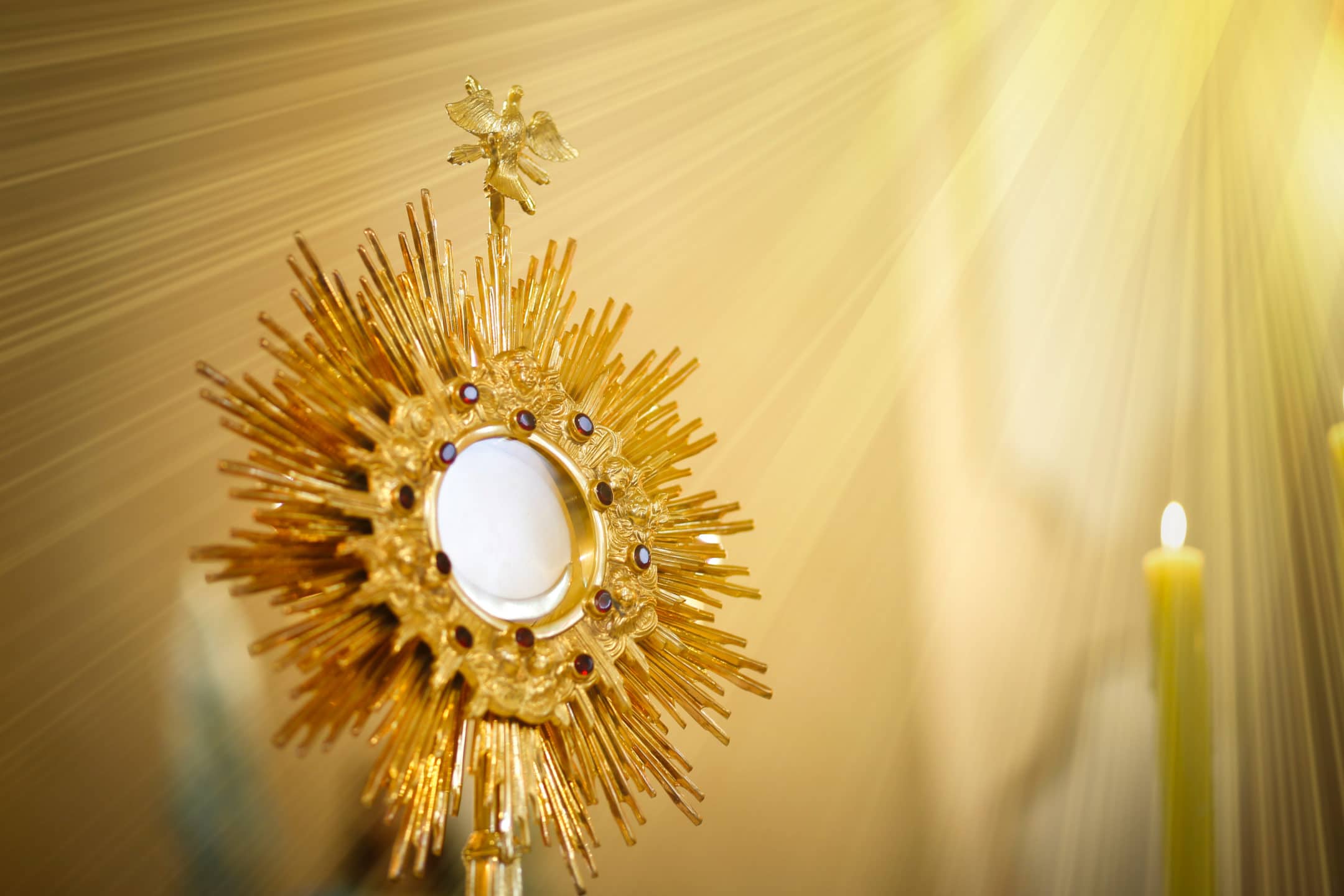 Corpus Christi  (‘Body of Christ’) or  Solemnity of the Body and Blood of Christ, is a feast of the  Catholic Church destined to celebrate the Eucharist, whose primary purpose is to proclaim and increase the faith of believers in the real presence of Jesus Christ in the Blessed Sacrament.

In this activity that takes place on the Thursday after the Solemnity of the Holy Trinity, which takes place on the Sunday following Pentecost (that is, Corpus Christi is celebrated 60 days after Easter Sunday), the Catholic Church offers the cult of adoration (latria) publicly.

Specifically,  Corpus Christi is the Thursday following the ninth Sunday after the first full moon of spring in the Northern Hemisphere. This holiday has been moved to the following Sunday to adapt to the work calendar in some countries.

Source.  Jesus Christ himself instituted the celebration of Corpus Christi on the night of Holy Thursday while he was with the twelve disciples at the Last Supper.

After that, there have been several anecdotal Eucharistic miracles all over the world, which have led to this mystery being celebrated by the church.

One of the most famous occurred in 1264 when a priest celebrating Holy Mass doubted that the Consecration was real. At the moment of the Eucharist. The venerated relic was brought in procession to Orvieto on June 19, 1264. Today the corporals on which the chalice and paten rest are preserved.

Pope Urban IV, moved by the prodigy and at the request of several bishops, caused the feast of Corpus Christi to be extended to the entire church through the bull Transiturus of September 8 of that year.

The Holy Thursday procession accompanies Jesus in his solitude towards the Via Crucis. The Corpus Christi procession, on the contrary, responds symbolically to the command of the Risen One: I precede you in Galilee. Go to the ends of the world, take the Gospel to the world.

With the Procession, we visibly show our faith in Jesus, who travels with us on our paths to make them his paths, our homes.

Legend.  For many years the celebration of Corpus Christi has been linked to the legend that an ox spoke to his master for not respecting this day of recollection.

Legend has it that a peasant, ignoring this Christian celebration, went out to plow the land with his ox and that it spoke to him, reproaching him for not even letting him rest that day.