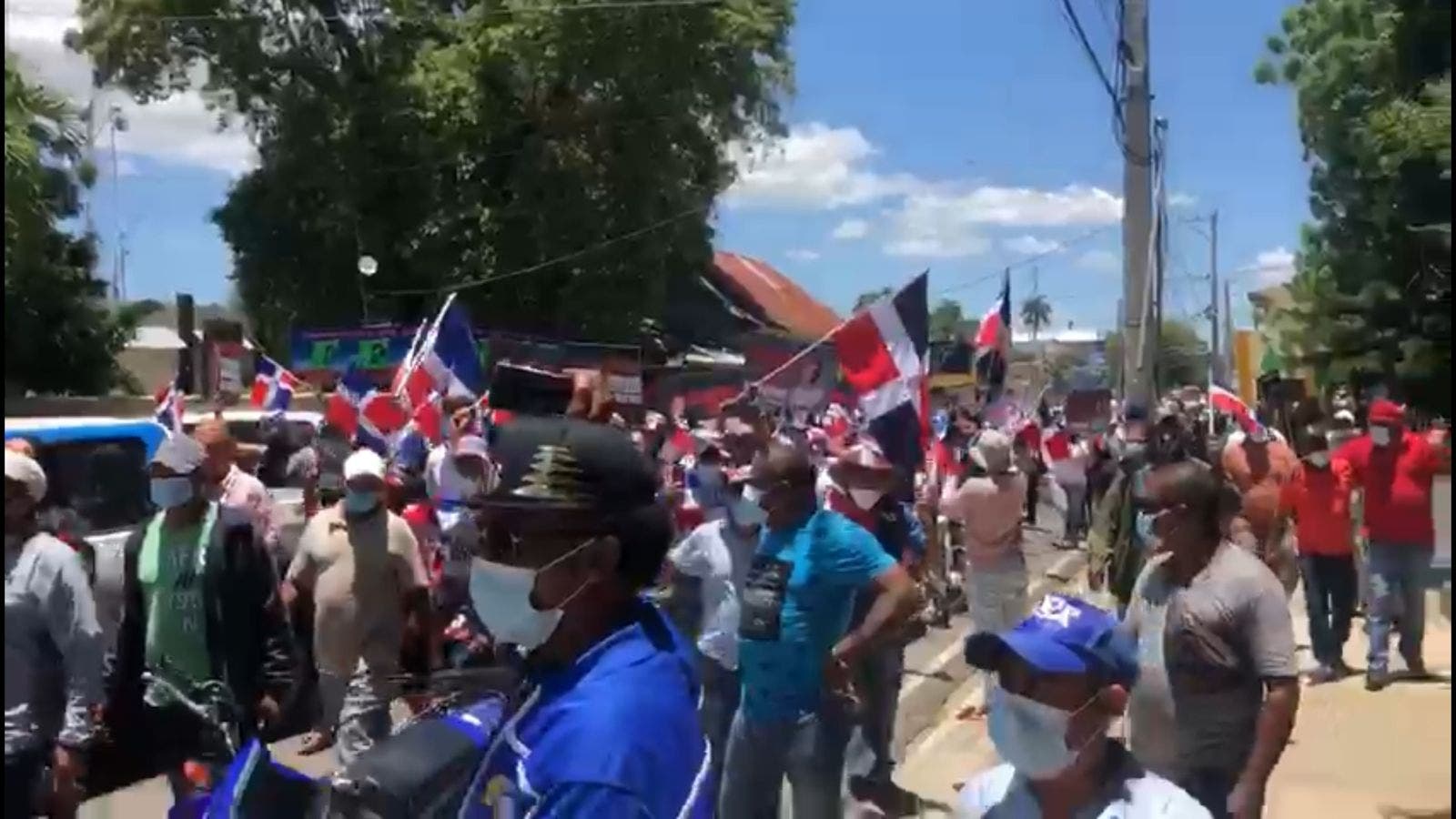 Dajabon, Dominican Republic. – The patriotic movement “we’re not Afraid” staged a protest Thursday against the construction of the irrigation canal on the border over the Massacre river carried out by Haiti.

The demonstration, which took place peacefully, was able to advance despite the presence of a large number of Army units from Santiago and Mao (northwest).

The protesters, carrying and waving national flags arrived at Duarte Park, led by Manny Solano. With chants and banners expressed their dissatisfaction with the position taken by the Dominican government in relation to this issue.