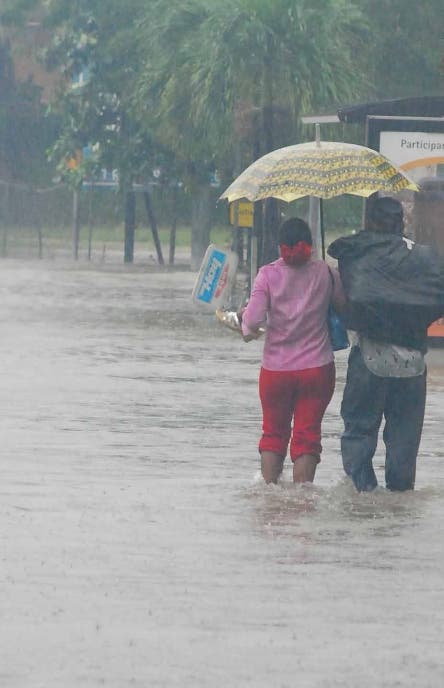 The Emergency Operations Center (COE) declared five provinces and the National District on green alert due to the rains. Meanwhile, the National Meteorological Office (ONAMET) forecasts that a trough and a tropical wave will cause downpours, thunderstorms, and wind gusts.

The provinces on alert are La Vega, Monte Plata, Monseñor Nouel, Hato Mayor, San Cristóbal, Santo Domingo, and the National District, where rivers, streams, and ravines could overflow, and landslides could occur.

The authorities are urging people to take measures to help save lives and avoid property damage.

ONAMET forecasts that downpours will be concentrated chiefly over provinces in the north, east, southern coastal coast, the central and border mountain ranges.

Temperatures will remain hot in a large part of the country, mainly during the day and in urban areas, with values ranging between 30 and 34 degrees Celsius (86-93°F).

In Santo Domingo province and the National District, the weather will cloudy with showers, thundershowers, and occasional gusts of wind.

Tomorrow, Sunday, moderate to heavy downpours will continue, with thundershowers and occasional gusts of wind concentrated over the northern and northeastern regions, the eastern plains, the Caribbean coast, the Central Mountain Range, and the border area.