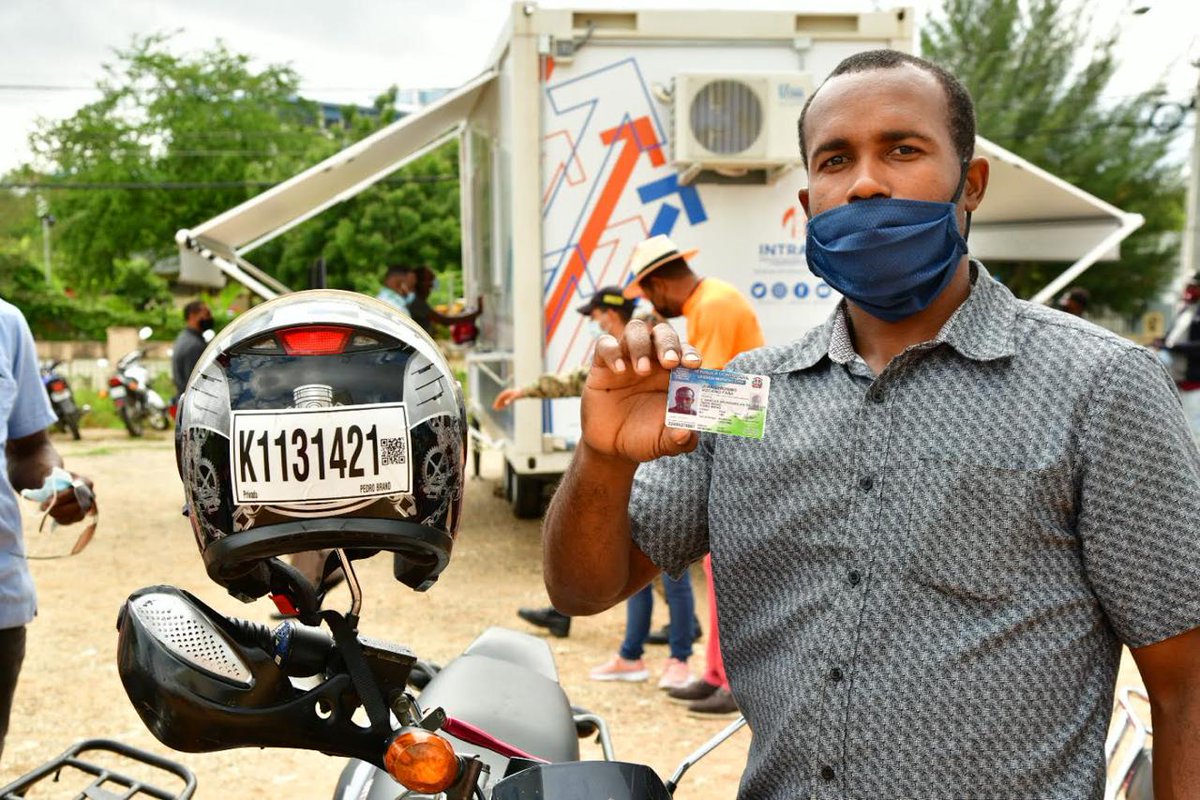 As part of the National Strategy for Citizen Security announced by President Luis Abinader, the National Institute of Transit and Land Transportation (INTRANT) launched the National Motorcycle Registration Plan.

The registration pilot, which will soon be carried out nationwide, began at the INTRANT’s facilities.

In announcing the event, the President of the Republic, Luis Abinader, said that “under the direction of Rafael Arias and INTRANT, the registration of motorcycles begins, which is equally and so important for the pilot plan we have, this pilot plan for citizen security.”

In this sense, the executive director of INTRANT, Rafael Arias, expressed that “we call on citizens to register their motorcycles as an indispensable requirement to move on the roads, thus ensuring the regulation of this mode of transport and the safety of each user throughout the national geography.”

“We want to make it clear that this measure includes all motorcycle users, independently of their use or function of the user,” specified the INTRANT director.

Likewise, the official announced that the different registration points that will be established nationwide in the coming days and the corresponding dates for each locality would be announced through the media.

The measure is adopted considering the existence of motorcycles that, for various reasons, are not identified with the plate, nor the corresponding documents and, in that sense, will proceed to its registration under the direct responsibility of the user of the same.

The INTRANT press release explains that, for this purpose, each protective helmet will have a unique code that will be indispensable for registration. At the same time, the procedures for obtaining the motorcycle license plate are being carried out.

Likewise, the press release details that the category one driver’s license will be issued for three years and will have a cost of RD$600.00 for the user, which must be paid before registering the motorcycle in the in-person or online modalities facilitated by INTRANT.