The government will insist until all the people are vaccinated. 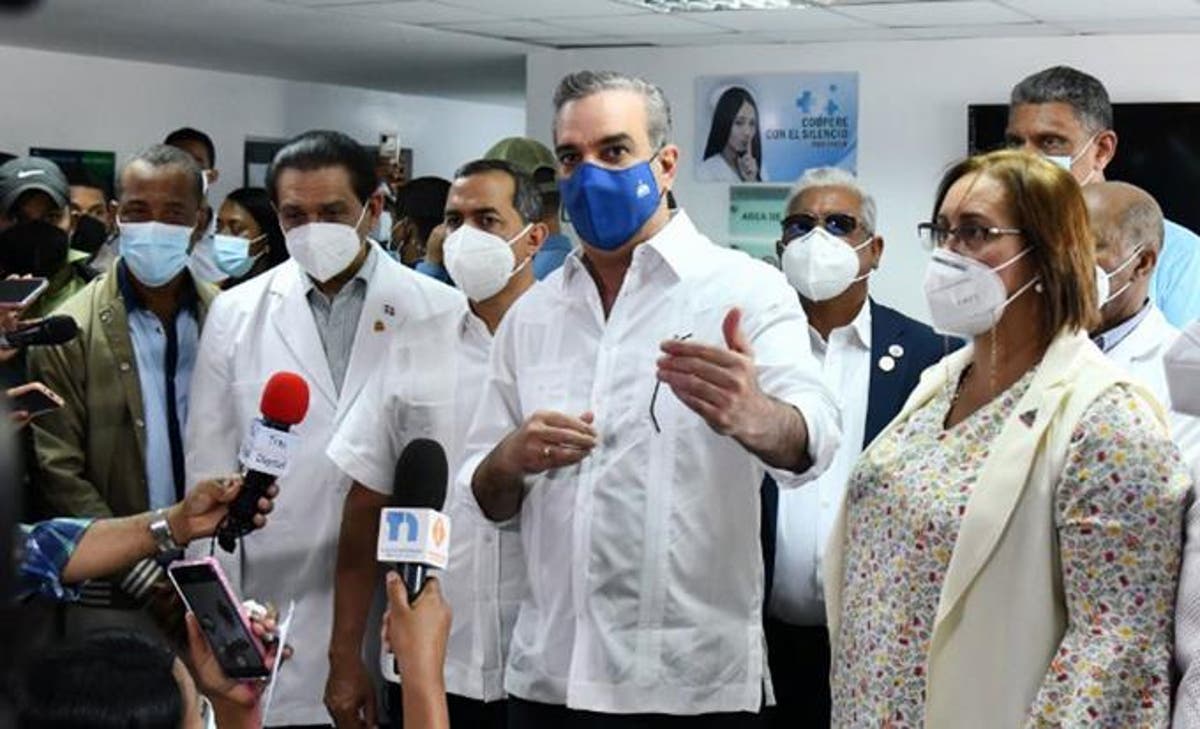 The first lady, Raquel Arbaje, also visited La Ciénaga, where she urged residents to get inoculated against the virus.

President Luis Abinader affirmed that his government would not “stop until all the Dominican people are vaccinated” and declared that the curfew would be maintained depending on the variation in the number of cases of the coronavirus.

However, he expressed that within the marked increase of cases in the last weeks, they still have positive data, and that is that the country remains below the region in terms of lethality.

“Within the increase in positivity, the positive part of all this is that the indicator has always remained below all Latin America is the level of lethality, but positivity has increased,” said the governor upon his arrival at the vaccination center located in the hospital center of Barsequillo, on the Haina-San Cristobal highway, where he supervised the progress of the special inoculation program.

The head of state spoke during a visit to the Bajos de Haina Municipal Hospital (Barsequillo).

He described as positive the community vaccination initiative that has been carried out since last Thursday and indicated that it has served as an example to continue with what is being done.

The President also added that all the government agencies are collaborating with the campaign.

“All government agencies will be at the disposal in one way or another, because also the other government plans have to continue, but we can do several things at the same time,” Abinader explained.

As for those who are reluctant to get vaccinated, he pointed out that the authorities will be able to convince them to protect themselves and understand that it is also their responsibility to take care of others.

The Head of State said that up to last Sunday, 5 million 190 thousand people have been inoculated with the first and second doses of Covid-19, and 1 million 350 thousand have received their second injection.

At the said hospital, he lasted about 10 minutes. He immediately moved to the vaccination post at noon, located in the National Unit of Primary Attention (UNAP) Maternal and Child Unit, on Norma Ruiz Street in the Los Gringos sector. He only approached people to encourage them to get immunized. After midday, Abinader returned to the capital to go to Santo Domingo Oeste, to the reception center installed in the town hall of that municipality.