Three fishermen rescued from the waters of the Caribbean Sea 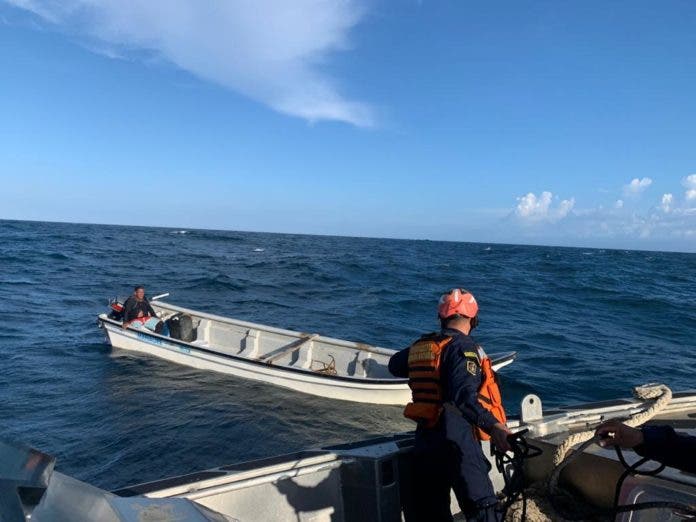 Three fishermen were rescued alive from the waters of the Caribbean Sea by naval units of the Dominican Navy after the boat found itself adrift 12 nautical miles from Saona Island.

They are the Dominicans Rony de la Cruz, Reynaldo Jiménez de la Cruz, and  Yoriel Rijo Santana. They were rescued this Wednesday by the Atria LI-157 speedboat, which was patrolling the area.

The Navy spokesman, Captain José Vásquez, said that the fishermen were found in optimal conditions and received all the institution’s facilities.

However, he added that the general commander of the Navy, Vice Admiral Ramón Gustavo Betances Hernández, had ordered medical assistance to those rescued if necessary.

The three Creoles told the members of the Navy that due to the strong waves, the engine of the boat in which they were fishing broke down, leaving them adrift.

They said that both they and their families are grateful for the quick action of the Dominican Navy, succeeding in rescuing them safely from the waters of the Caribbean Sea.