Seven provinces on green alert and six on yellow for trough 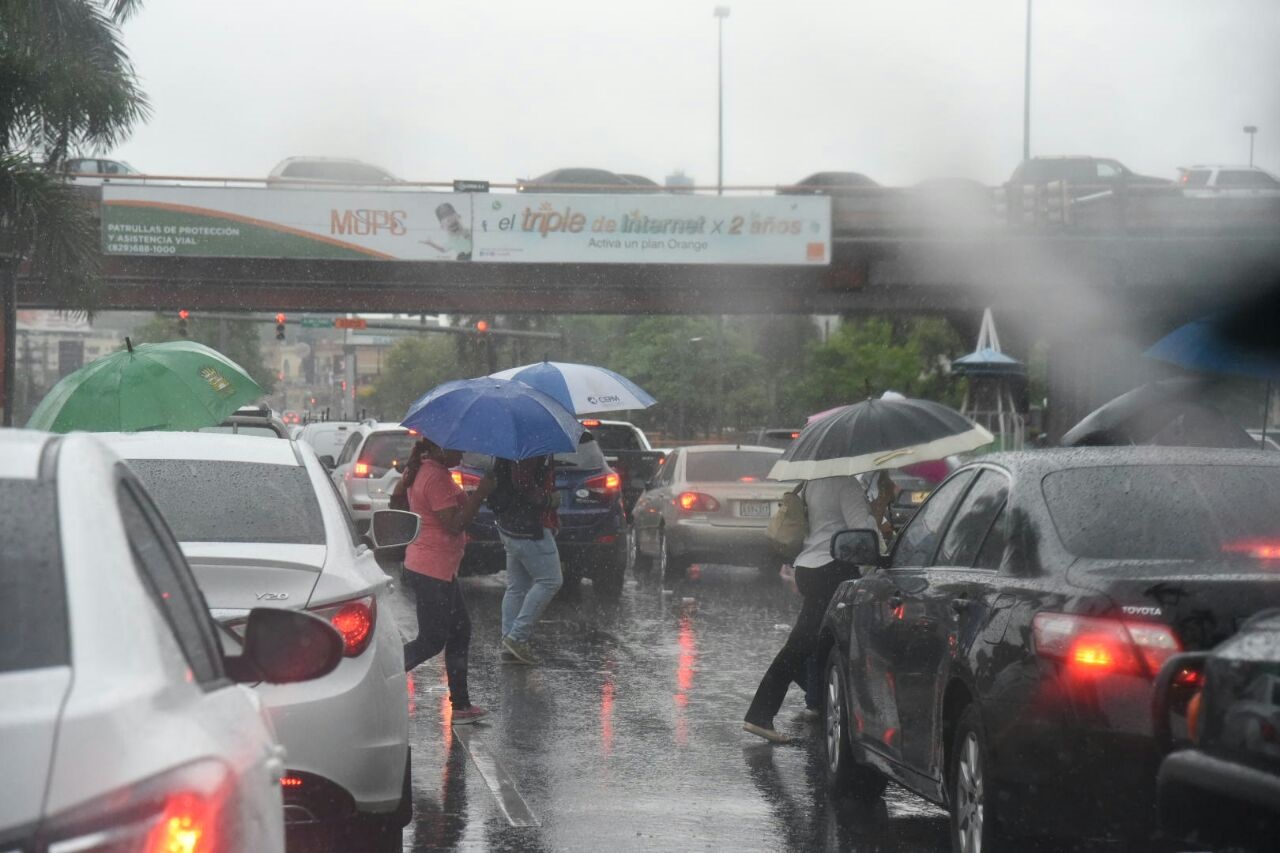 The forecast calls for scattered showers in the morning hours of this Saturday. (FREE DIARY / ARCHIVE) 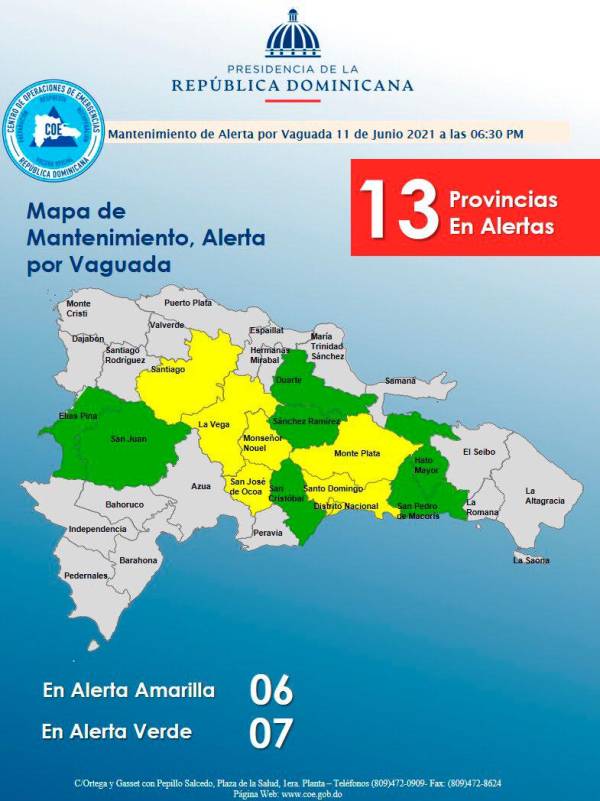 The Emergency Operations Center (COE) keeps the National District and 13 provinces on alert for possible flooding of rivers, streams, and ravines and sudden or urban floods due to the incidence of a trough in almost all levels of the troposphere.

The COE recommended that people refrain from crossing rivers, streams, and canyons that present high volumes of water.

Meanwhile, the National Meteorology Office (ONAMET) reported that this Saturday, a hot and humid environment would prevail over the territory due to the trough and the remnants of a tropical wave located south of Haiti.

For this reason, scattered showers are expected in the morning hours, being moderate to strong locally in the afternoon, accompanied by electrical storms and gusts of wind over localities in the regions: northwest, north, the Caribbean coastline, and as, in the mountain range. Central and the border area. 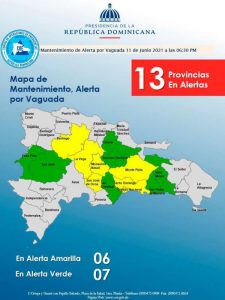