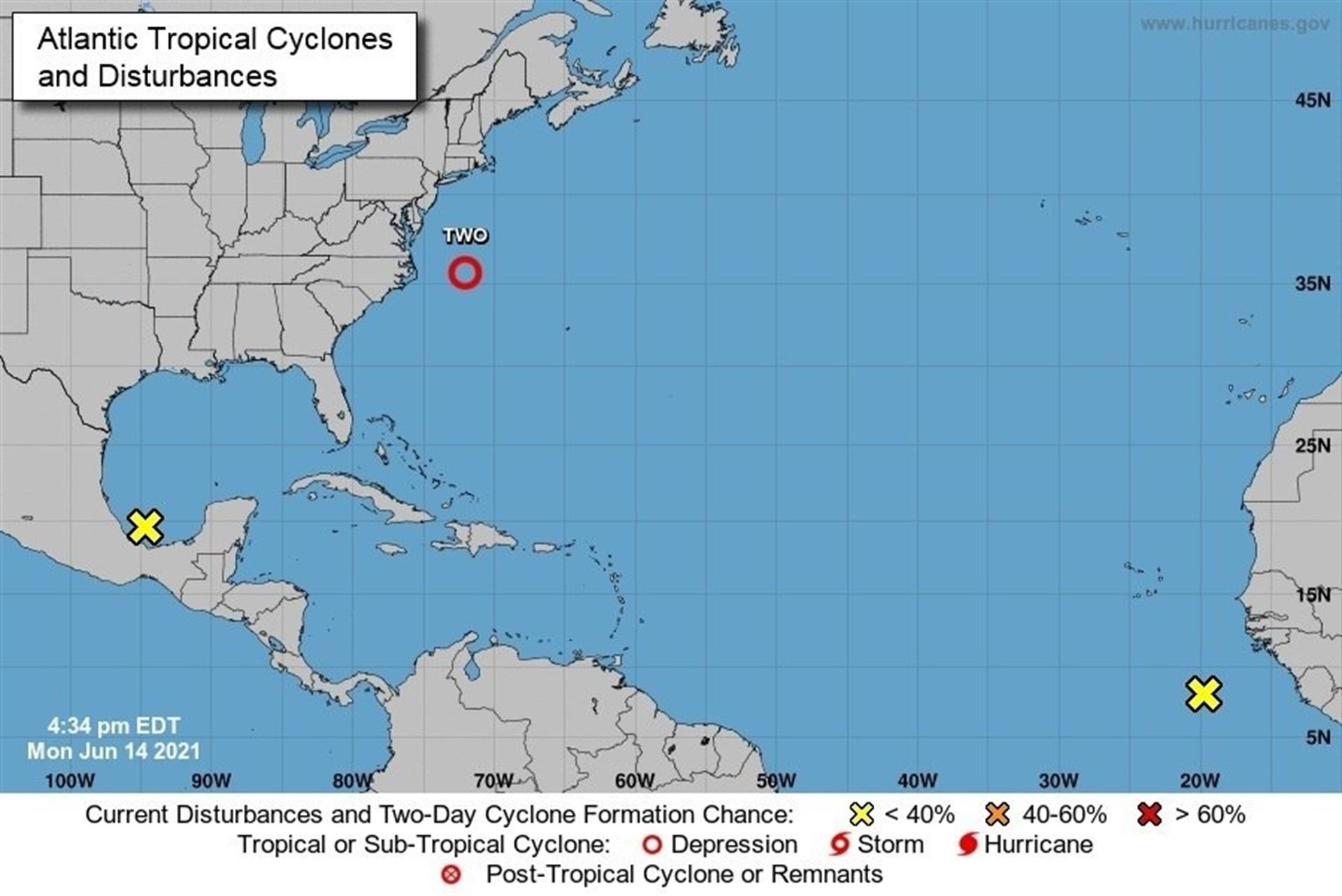 Tropical Storm Bill has formed. This is the second of the Atlantic hurricane season.

The National Meteorological Office (ONAMET) reported that Bill is located about 385 km southeast of Nantucket Massachusetts, with maximum sustained winds of 85 km/h and moving northeast at about 50 km/h.

Onamet also said that it is monitoring an area of ​​showers and thunderstorms that continues over the Bay of Campeche (Mexico) has a low probability of 20% to reach the category of a tropical cyclone in the next 48 hours.

“A tropical wave located several kilometers south of the Cape Verde Islands is being monitored, which is producing downpour activity and thunderstorms, with a low probability of 10% to form a tropical hurricane in the next two days. These systems do not represent a danger for the Dominican Republic,” added Onamet.

For this Tuesday Onamet expects that some rains will continue during the morning hours, while in the course of the afternoon a hot environment and low probabilities of downpours will prevail in much of the country, as a result of an air mass with reduced moisture content and the dust of the Sahara.

However, the possibility of isolated showers and thunderstorms towards the Cordillera Central and Los Haitises is not ruled out.

Temperatures will remain hot, especially during the day, in urban areas with values ​​between 31ºC and 35ºC. Therefore, they are recommended to drink enough fluids, wear light clothing, preferably light colors, and not be exposed to solar radiation for a prolonged period between 11:00 am and 4:00 pm.