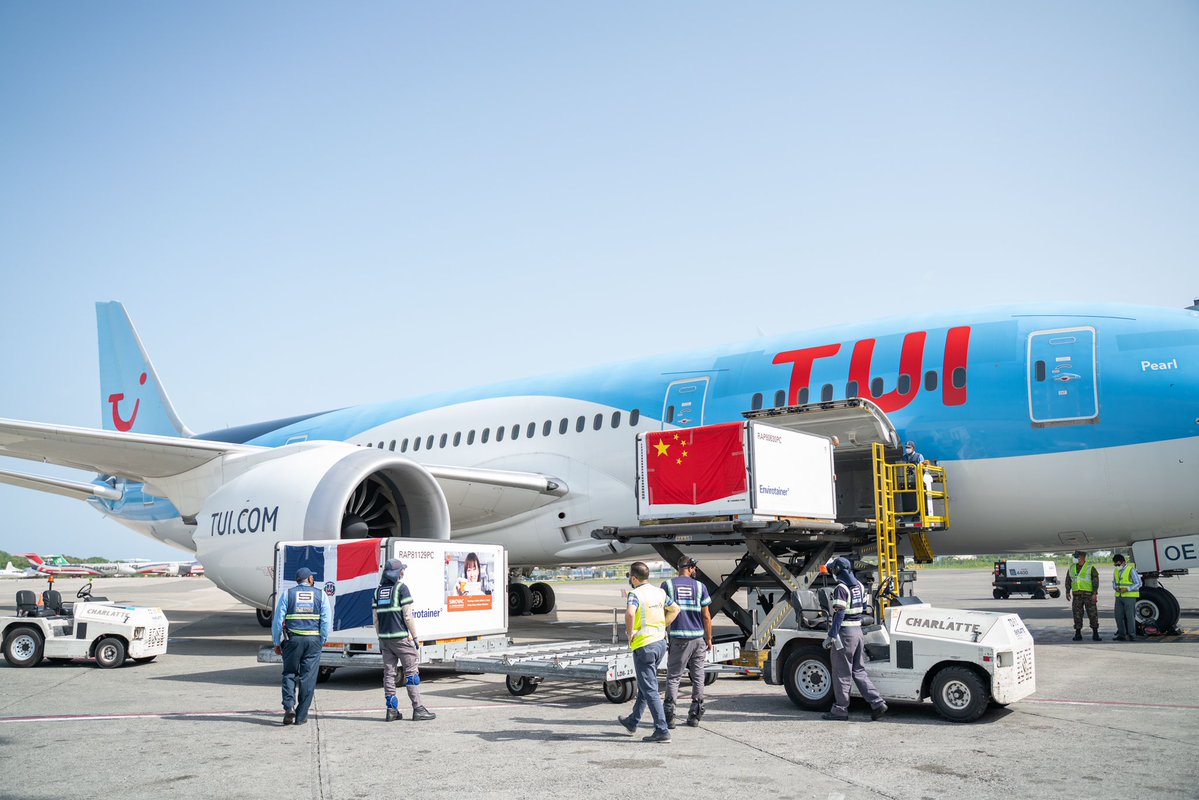 The doses arrived through the Las Américas Airport.

The plane that transported the doses also brought syringes, masks, and protective suits.

One and a half million Sinovac brand vaccines, in addition to 1,150,000 syringes in the same shipment, arrived yesterday in the country to continue the Vaccination Plan. The twelfth shipment of vaccines was received at the Las Américas International Airport, José Francisco Peña Gómez, by the Vice President of the Republic, Raquel Peña, who left the People’s Republic of China last Tuesday.

The vice president announced that Chinese companies donated supplies, including masks and protective suits for the doctors, which arrived with the vaccines.

This is the eighth batch of Sinovac brand vaccines to arrive in the country, adding those purchased from China around 7,818,000.

With the arrival of these vaccines, health authorities seek to massively vaccinate people in the southern and eastern parts of the country this weekend, as announced by the vice president.

Peña was accompanied by the Chinese ambassador, Zhang Run, and the ministers Daniel Rivera, of Public Health, and Víctor Bisonó, of Industry, Commerce, and MSMEs, among others.

According to the Vacúnate RD campaign report, two million people have already been inoculated with both doses since last February 16 in the Dominican Republic.

This first batch of the pharmaceutical Astrazeneca/Covishield arrived in the evening hours of the previous day. It included some 20,000 doses, which were already being supplied to the health personnel of the first line of COVID the next day. Two days later, on February 19, the same pharmaceutical company shipped 30,000 doses.

12
lots of vaccines.
This is the twelfth batch to arrive in the country and the eighth from the Sinovac.