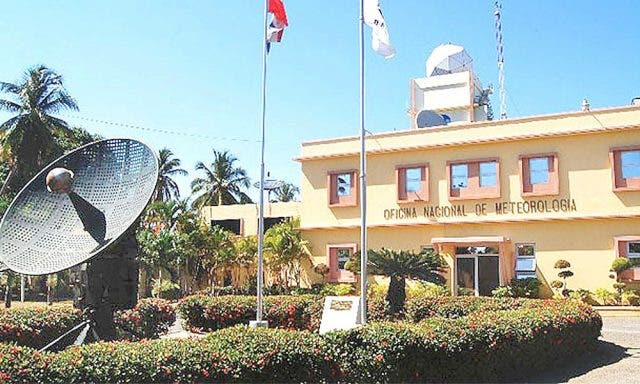 The National Meteorological Office (ONAMET) reported today that there would be scattered clouds and some overcast with more frequent showers near midday in the morning hours.

In the afternoon, a tropical wave that will transit in the waters of the Caribbean Sea will combine with the trough at various levels of the troposphere producing moderate downpours, thunderstorms, and gusty winds over the Northeast, Southeast, Southwest, Central Cordillera, and Border regions, where these activities are expected to last until the early evening hours.

For the beginning of the workweek on Monday, a favorable weather pattern will be maintained for clouds to continue to occur from early in the day with showers. However, showers that may be moderate, thunderstorms, and wind gusts will be more frequent in the afternoon towards the regions, Northeast, Southeast, Central Cordillera, and points of the Southwest associated with the trough and humidity after the passage of the tropical wave.

On Tuesday, we will continue to be under the effects of the trough at various levels, and consequently, the morning hours with some showers and possible thunderstorms. After midday, in addition to the warming, it will become cloudy. As a result, moderate downpours, thunderstorms, and occasional wind gusts will continue to occur over different locations of the Dominican Republic.

ONAMET reports that tropical storm Claudette, downgraded to a tropical depression, is passing through Atlanta, Georgia, with sustained winds of 45 kilometers per hour. During the next 48 hours, it is expected to move northeast at 20 kilometers per hour, to leave the Atlantic on Monday morning, and may again reach the category of a tropical storm. This system does not represent any danger for the Dominican Republic.

Temperatures will be hot, especially during the day, with values between 30ºC and 34ºC. It is recommended to drink enough fluids, wear light clothing, preferably light colors, and not expose yourself to solar radiation for prolonged periods between 11:00 a.m. and 4:00 p.m.