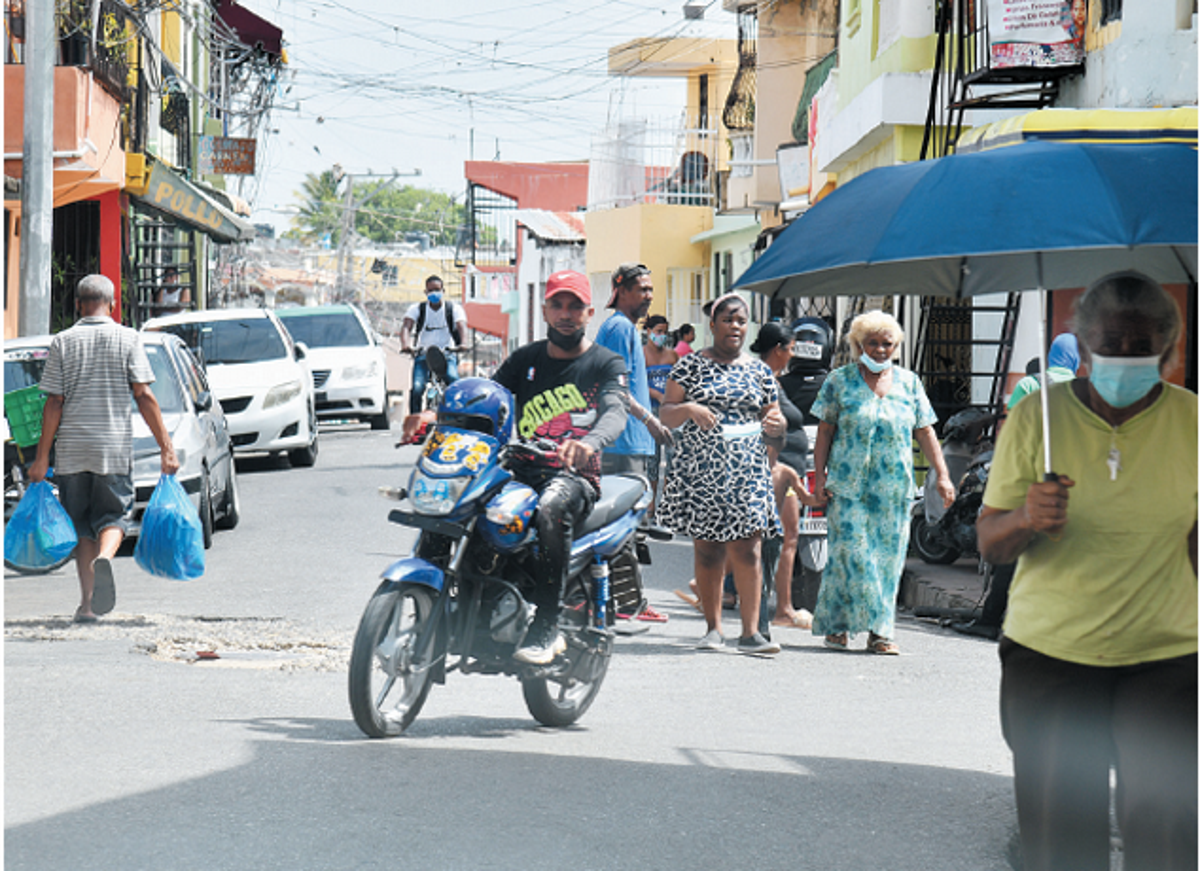 Last Friday, a young woman was assaulted as she was leaving a grocery store in the area.

They say that around 12 delinquents, presumably from the Gualey neighborhood and heavily armed, travel in a “flying” bus to attack the victims at any time of the day before the indifferent eyes of the police.

One of the events that shocked the neighbors occurred last Friday at noon when a young woman was assaulted, leaving a grocery store in the sector.

Another young woman was pressured to force the establishment’s owner to open the store to seek refuge after the owner had closed it when she saw that massive assaults were being committed in the area.

RP (initials of interviewed person) explained that the delinquents do not care about committing their misdeeds in the sector. “They carry out their attacks in the morning, at noon, in the afternoon, in the evening, at night, on people on their way to or from work, that is the problem.”

Little surveillance
Another neighbor who declined to identify himself said that thieves rob in the area at any time of the day, taking advantage of the nearly non-existent police surveillance, so he called on the director of the National Police, Edward Ramon Sanchez Gonzalez, to have a more proactive patrol in the area.

A woman also declared that the community is afraid because of the increase in robberies, muggings, and drug sales in the neighborhood, citing that the criminals broke into her house last Saturday.

She complained about the insecurity in which they live and how exposed they are to what she calls the “brazenness of the delinquents,” who have turned the sector into a center of delinquency and criminality, where armed robberies, thefts, and sale of narcotics are the order of the day.

Merchant
“If I give a statement to you here and you take a picture of me, I can wait in my house, they will come looking for me there,” responded a merchant of the neighborhood. These words made clear the level of criminality and delinquency in this neighborhood, pointing out that the testimonies of assaults, robberies, and deaths abound in the different communities of the capital.

The man, who, out of safety concern, did not want to identify himself and did not allow himself to be photographed, was approached by this newspaper interested in knowing his opinion about the crime that other citizens report.

The businessman only limited himself to saying that “things were so bad” that he did not dare to speak before the cameras for fear that some delinquent would recognize him and act in retaliation.

Fear spreads among neighbors.
Trayecto.
A young woman who works as a secretary in a supermarket stated that her daily concern is not in her work area. Instead, every day she has to travel by motorcycle, and she fears that some criminal will take her vehicle away from her.

Origin.
The Las Cañitas neighborhood was founded in an area occupied by extensive sugar cane fields known as the Pipí cane fields.