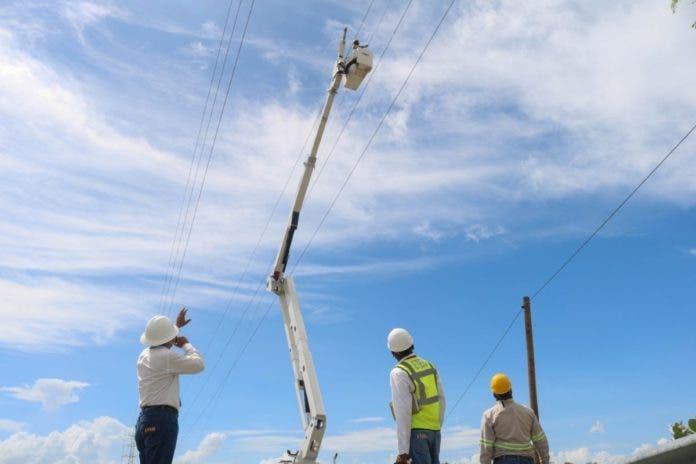 The Dominican Electricity Transmission Company (ETED) reported that this Saturday, June 26, the brigades would carry out preventive maintenance work on transmission lines and substations at 69 kV (kilovolts), for which the electricity service will be interrupted in some towns of the San Pedro provinces de Macorís, Duarte, Valverde, Santiago, San José de Ocoa and Hato Mayor.

In Cayacoa, San Pedro de Macorís, the service will be interrupted from 9:00 am to 3:00 pm due to the 69 kV San Pedro I – Cementos Nacionales line maintenance.

Also, due to the works on the 69 kV Navarrete – Cruce de Esperanza line , the supply in Pontón, Duarte will be affected; Jicomé, Cruce de Esperanza, and Maizal, in Valverde; Navarrete, in Santiago, from 9:00 am to 2:00 in the afternoon.

Meanwhile, for the Sabana de la Mar communities and temporarily Hato Mayor and Consuelo, in Hato Mayor, the service will be interrupted due to the intervention in the 69 kV Hato Mayor II – Barra substation 9:00 am to 2:00 pm.

The purpose of these routine procedures is to guarantee a high voltage power transmission service that meets the needs of the areas to be intervened.

The ETED apologizes to the users and residents affected by the interruption in the power supply and reiterates its commitment to spare no effort to provide a quality service in the National Interconnected Electric System (SENI).