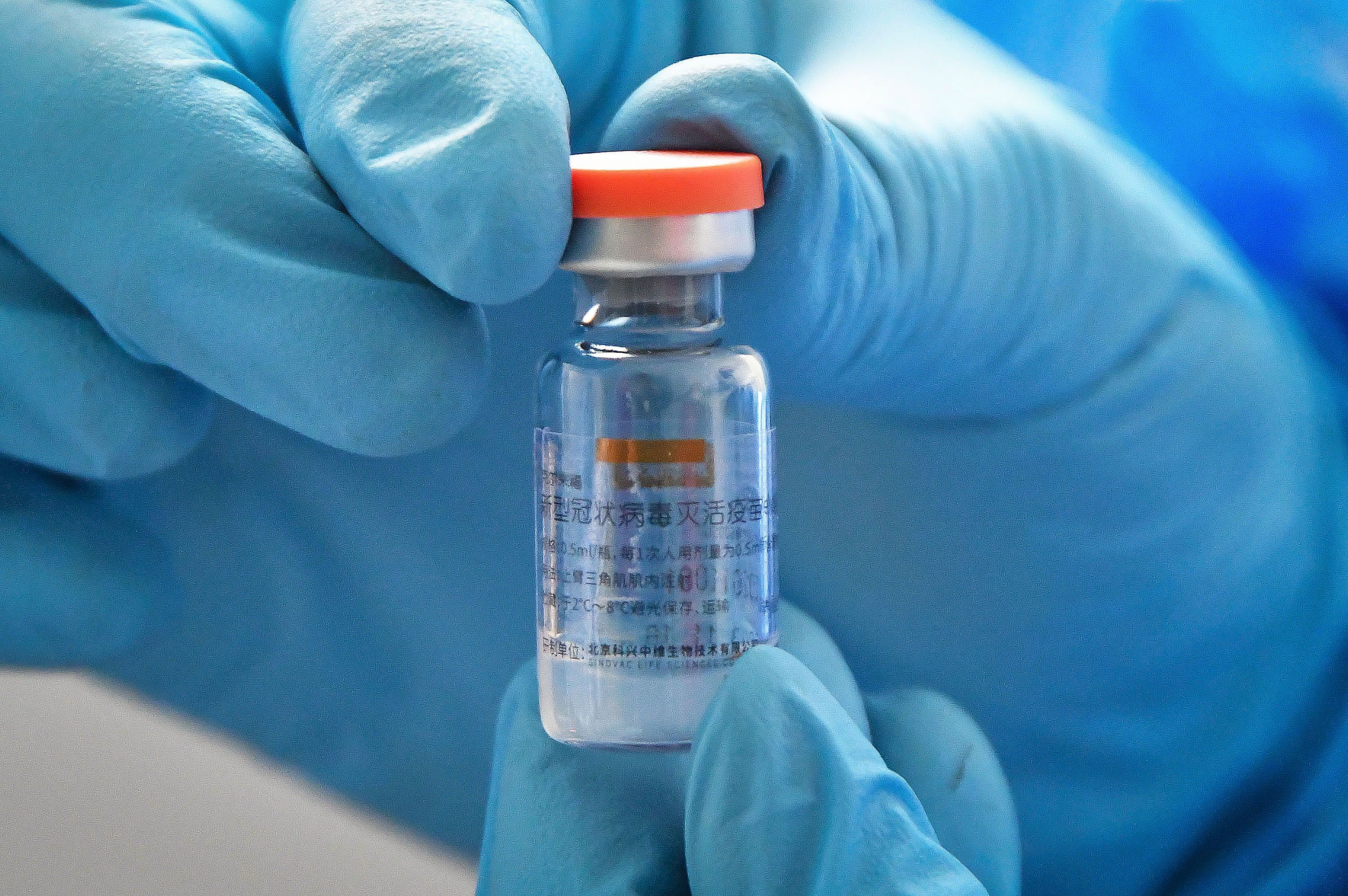 A medical worker shows a vial of Sinovac Biotech vaccine against the COVID-19 coronavirus at a healthcare centre in Yantai, in eastern China's Shandong province on January 5, 2021. (Photo by STR / AFP) / China OUT (Photo by STR/AFP via Getty Images)

Although some citizens attended this Friday to apply the third dose of vaccine against the virus, the centers are not administering them, as confirmed by Listin Diario.

Yesterday, Vice President Raquel Peña, coordinator of the Health Cabinet, reported that a third dose of vaccine would be placed, a month after receiving the second.

That third dose must be different from the second that the person has received, the vice president reported yesterday at a press conference at the National Palace.

At least six people went today to the vaccination center established in the medical dispensary of the Autonomous University of Santo Domingo (UASD) in search of a third vaccine.

People who visited the center hoping to receive the third vaccine demanded that they be given a specific one, the Pfizer.

“I have China and I want to have the Pfizer that was the one they gave my neighbor,” said a moody man when he attended the center in the morning, according to Dr. Arlene Gonzales, coordinator of the day.

The same situation occurred in the vaccination center located behind the National Supermarket, on Abraham Lincoln Avenue.

The centers have reported that they are not authorized to place a third dose of the vaccine, weighting the announcement made yesterday. However, they also indicated that this warrants another protocol in view of the need for another vaccination card, since the previous one only has space to record two inoculations.

However, other people show the rejection of the application of a third dose due to the misinformation of the measure.

“The government is not informed, they better say a reinforcement and that this be applied to at least months,” said Leni Flores, a general practitioner who was accompanying her son to complete his immunization.

The health cabinet announced yesterday that a third dose of the vaccine against the virus will be applied different from the one supplied to counteract the coronavirus incidences.