Doctors consider it hasty to give third dose now 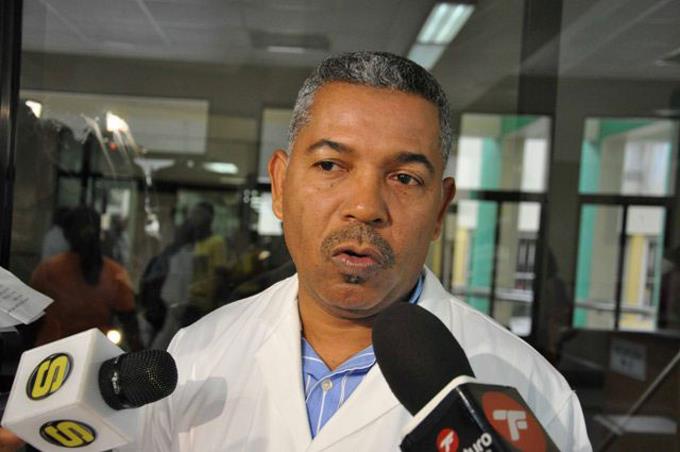 For Dr. Carlos Féliz, the third dose against Covid is an unscientific invention

Epidemiologist Carlos Féliz considered applying the third dose without studies “is an invention without any scientific basis.”

The decision announced by the government to apply a third dose of vaccine against the coronavirus that causes Covid-19, which scientific studies have not supported, has been considered “hasty and untimely” by medical specialists.

Pneumologist Clara Méndez expressed that the right thing to do is for the government to focus on having the highest percentage of the population vaccinated with two doses instead of thinking about a third application of the vaccine against the virus.

“The reasons why the government made such a hasty decision are unknown to us, but I understand that they should finish vaccinating the majority of the population with their two doses and then begin to strengthen,” said the specialist.

Vice-president Raquel Peña, coordinator of the Health Cabinet, informed on Thursday that a third dose of vaccine would be administered one month after the second one to better protect against the coronavirus.

She also recommended that the efficacy of a third dose of the vaccine should be tested with several people who have received the two doses to check the levels of antibodies it generates and then determine whether it is necessary or not.

The specialist agrees that the third dose should be applied; however, she considers that it is not the right time because there are no scientific experiments to support the efficacy, although several studies have shown that different doses can be used for greater coverage.

Epidemiologist
In similar terms, epidemiologist and health specialist Carlos Féliz expressed himself, saying that the announcement by the Health authorities was not “well thought out” because it is far from the scientific results they see in reality.

“Pfizer itself has not yet decided on the conclusion to apply a third dose as a booster. This pharmaceutical since April is contemplating the possibility of applying the booster but at six or twelve months after completing the vaccination scheme,” explained Féliz.

This measure will be taken after they (the pharmaceutical company) verify the final result of an investigation they have been carrying out since the beginning of the year, said the specialist.

In addition, Feliz said he did not know why the Health Cabinet has decided to apply the third dose after a month of having the two doses.

“Applying a third vaccine one month after completing the two doses is a total invention, without any scientific support or medical evidence,” Féliz assured, reiterating that this measure “is not correct.”

He recommended the authorities not to compromise the health of the Dominicans and to focus on completing the vaccination schedule, which includes two doses of the vaccine against Covid-19.

APPOINTS
Pediatricians
The Dominican Society of Pediatrics president, Marcos Diaz Guillen, pointed out that so far, no scientific research body has endorsed the decision to apply a third dose of the vaccine against the virus since there is still not enough scientific evidence to decide to do so.

Dr. Diaz Guillen explained that eventually, it could be necessary. First, however, he suggested going according to the research results to take care of children and the population in general.