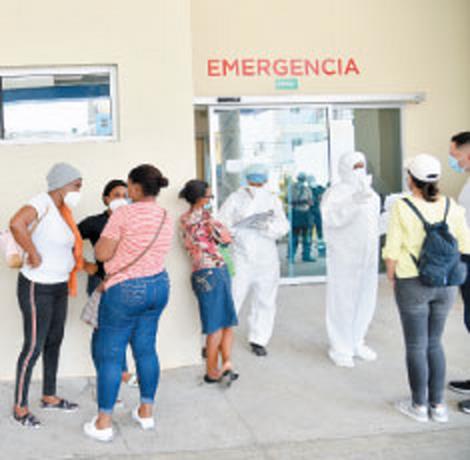 For three consecutive months, the positivity of the coronavirus has remained above 10 percent, according to data obtained from the Ministry of Public Health.

While in March, specifically in week number 12, this indicator was reduced to 9.17%, but no lower figure has been registered since then. In week number 17, the positivity of the disease has been above 10 percent, and the same has not dropped.

Bulletin
Yesterday, the Ministry of Public Health reported seven deaths from Covid-19. Four occurred in the last 24 hours, for a total of 3,822 fatalities from the virus, according to bulletin number 468 issued by the entity.

The reported infections were 857 after processing some 7,905 tests that detect the virus. A total of 325,221 people were infected nationwide.

Beds occupied
Beds for Intensive Care Units (ICU) show a decrease of 4% since 376 beds are occupied out of 643 in the health system, equivalent to 58%. Last Tuesday, an occupancy rate of 62% was recorded.

Active cases
Among the active cases, 55,320 are registered throughout the Dominican Republic, and some 266,079 have overcome the disease.

Little variation.
From April to date, there has been no increase in deaths due to coronavirus in people with hypertension and diabetes as comorbidity, despite the incidence of Covid-19 in the country. According to Public Health bulletins, since the first of April, deaths of these patients have decreased an average of one percent each month.