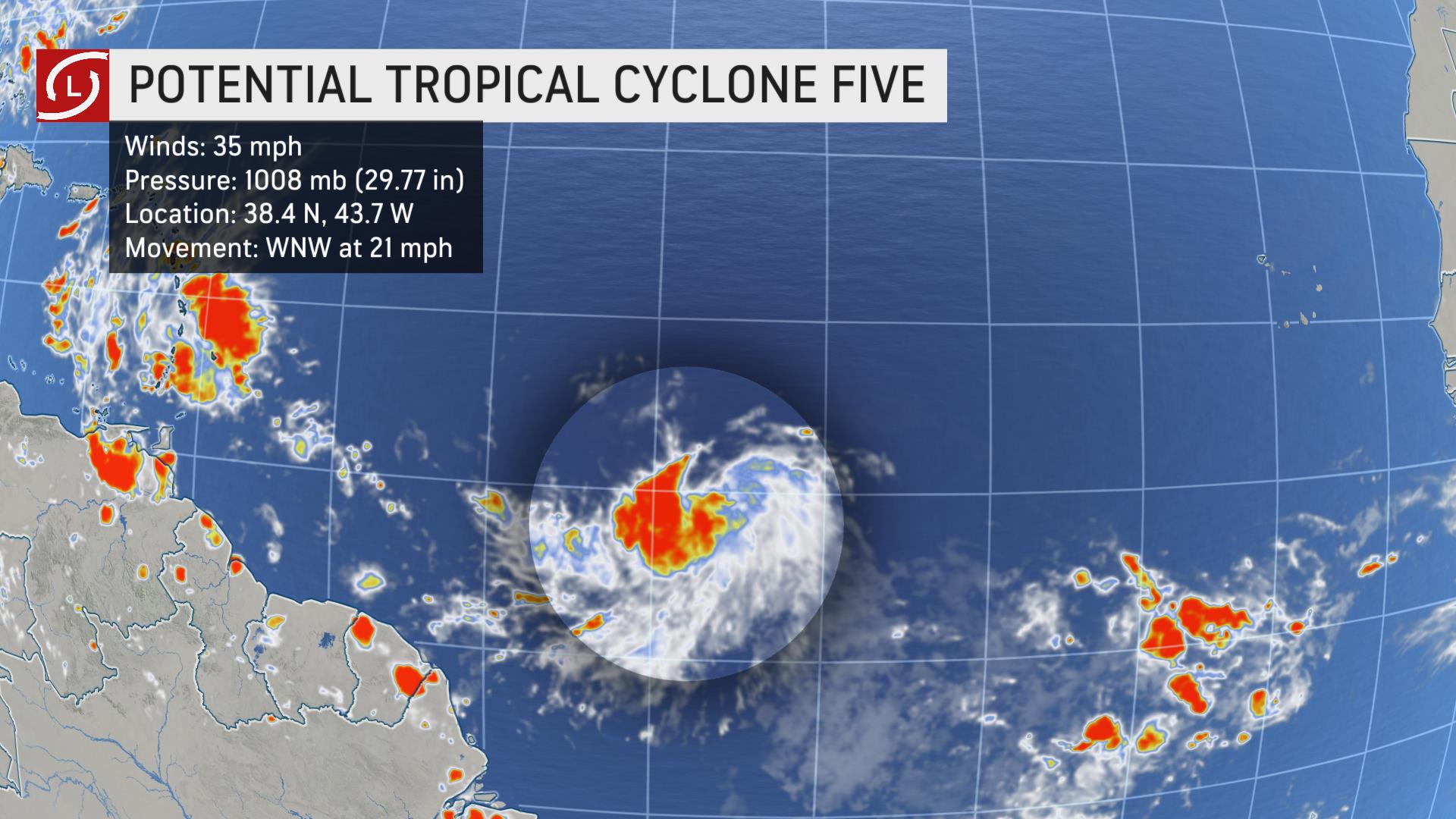 The system has a 70 percent chance of becoming a hurricane in the next 48 hours.

“There is a risk of wind and rain impacts across sectors of the U.S. Virgin Islands, Puerto Rico, Hispaniola, Cuba, Turks and Caicos and the southern Bahamas through at least next week, although the forecast is still less certain than usual because the system does not have a defined center,” the CNH said.

The Dominican National Meteorological Office (ONAMET), informed that it maintains constant and strict monitoring of the evolution and development of this system.

Today, a tropical wave will be affecting the weather conditions, bringing high humidity values which will combine with local factors to cause after midday, showers which could be moderate to heavy, thunderstorms and gusty winds at times, towards the northeast, southeast (including Greater Santo Domingo), southwest and the Central Mountain Range.

Due to the rains, the Emergency Operations Center (COE) placed eight provinces on green alert for possible flooding of rivers, streams, and creeks, as well as flash or urban flooding.

Conditions.
Tropical storm conditions will begin to be felt this Friday in the Windward and the southern Leeward Islands.

Early.
The CNH assured us that it is too early to determine the impacts that may occur next week.