COE raises the provinces on red alert to nine 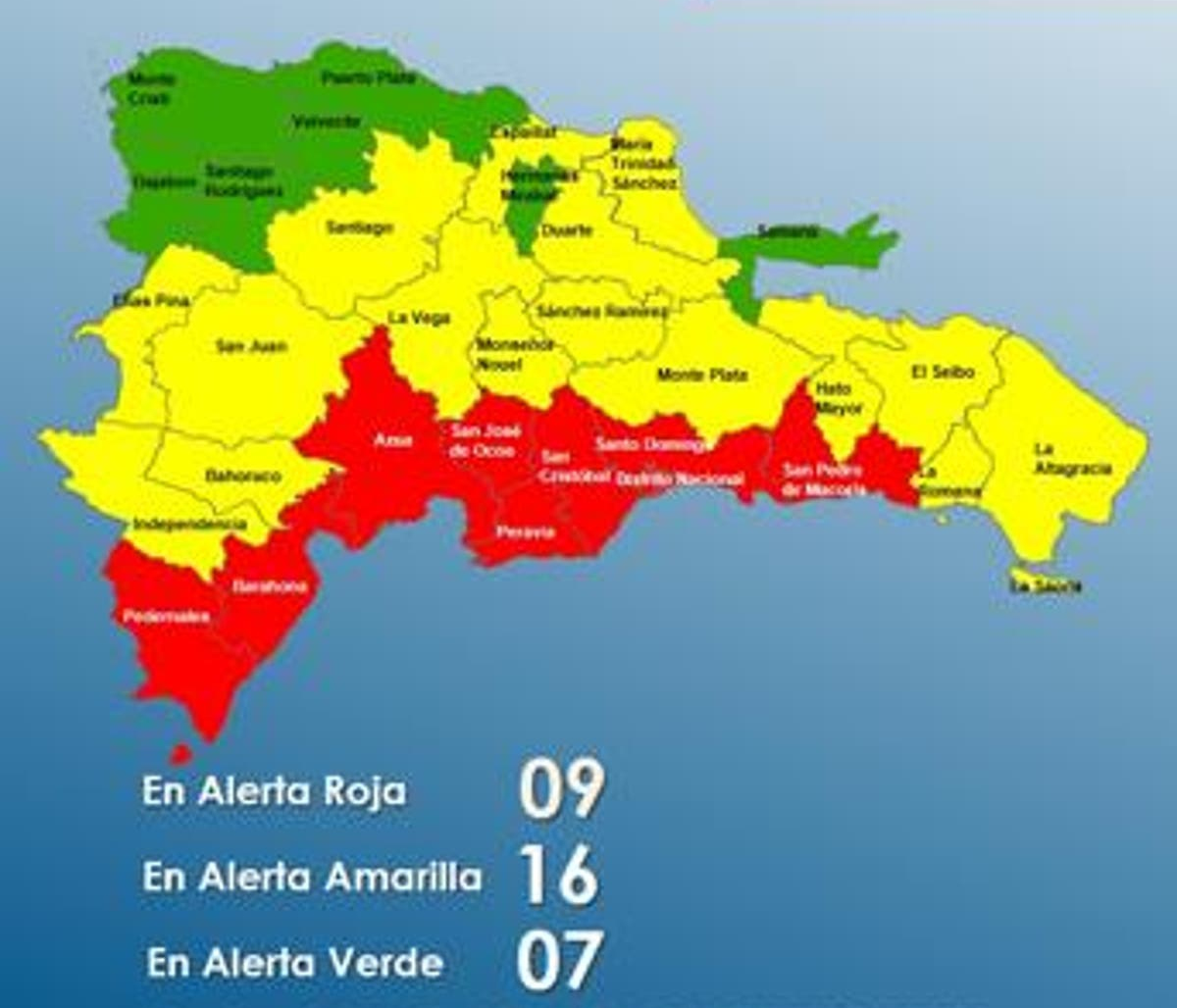 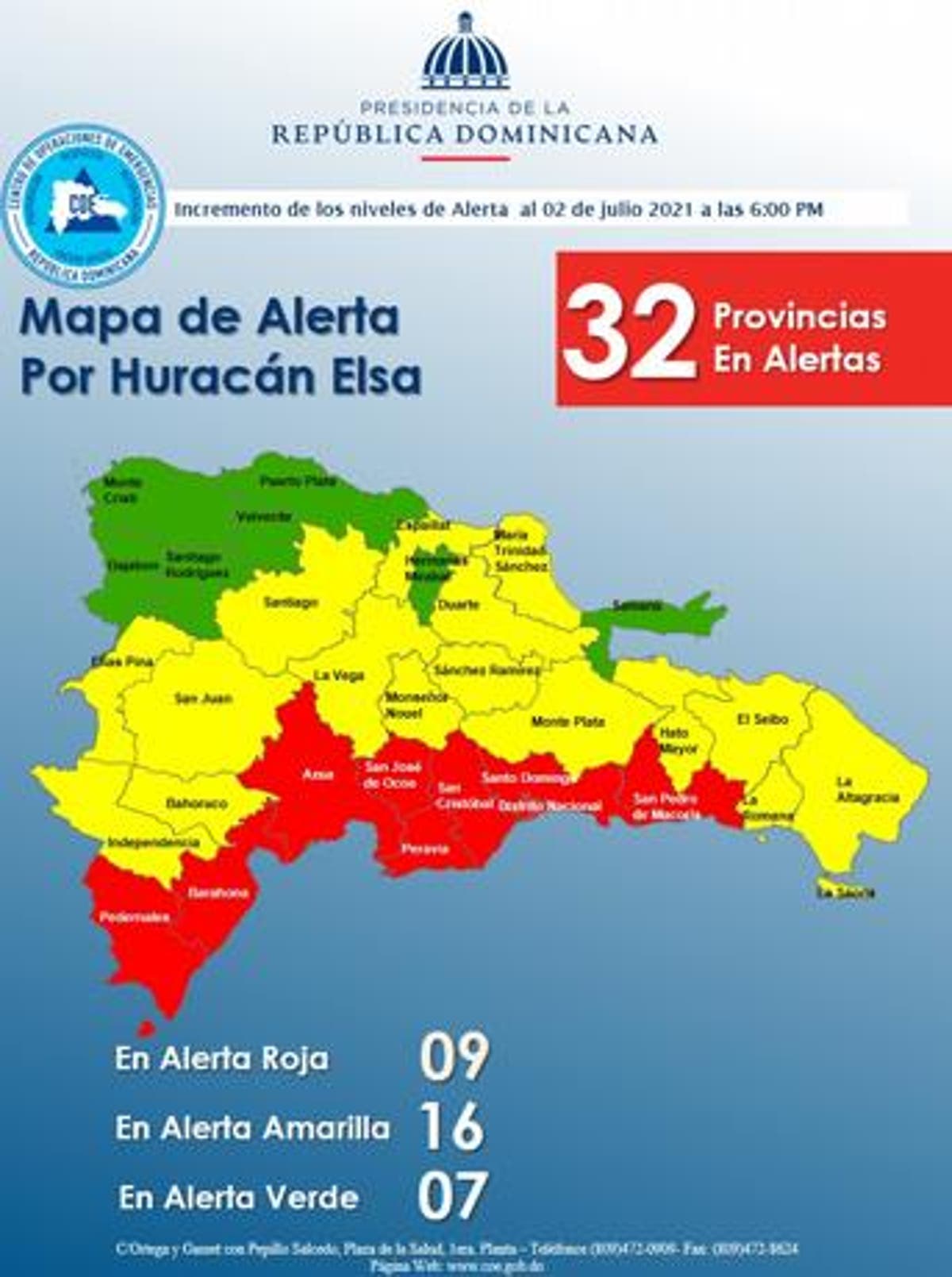 The Emergency Operations Center raised nine provinces on red alert due to the passage of Hurricane Elsa.

Actions taken
The Ministry of Defense ordered the activation of the Lightning Plan in its Phase III and the use of its flotillas for the evacuation of the population, which was coordinated with OMSA.

The National Police also activated its contingency plan and its emergency committee and ordered the closure of all the ports of the South Coast, likewise the National Health Service (SNS) through the Risk Management Department of the SNS initiated coordination actions of medical assistance in shelters, help that will be provided by the Primary Care Units (UNAP) of the places where these shelters operate.

Likewise, due to tropical storm conditions, the alert is maintained from Cabo Engaño to Manzanillo Bay.

Earlier
relief organizations met this Friday afternoon at the National Palace, where they agreed on strategies to mitigate the effects of Hurricane Elsa.

Gloria Ceballos, the head of the National Meteorology Office (Onamet), indicated that the passage of the hurricane would have a direct impact on the southern part of the country, according to predictions, and at dawn this Saturday, the country will feel the winds with conditions of storms in the extreme East of the national territory.

“As Elsa is moving, parallel to our southern coast, the closest it could be according to trajectory models, is almost touching the southern tip of the Barahona peninsula,” revealed the director of Onamet.

The hurricane is expected to produce an accumulated rainfall of between 100 and 200 millimeters, while in mountainous areas, this accumulation could be higher, as specified by Onamet.

As of tonight, the swell on the coasts of the South Coast will present a level of danger, with waves that could exceed 11 feet.

The relief agencies recommended that the population create “their own contingency plan” and that each of the families is attentive to possible emergencies; they made a call that the population should not wait to be evicted in the event of an emergency or potential catastrophe, instead, before a flood occurs, stay in the homes of relatives or higher areas, in addition to going to the appropriate shelters provided by the central government.