Curfew to be lifted within three weeks 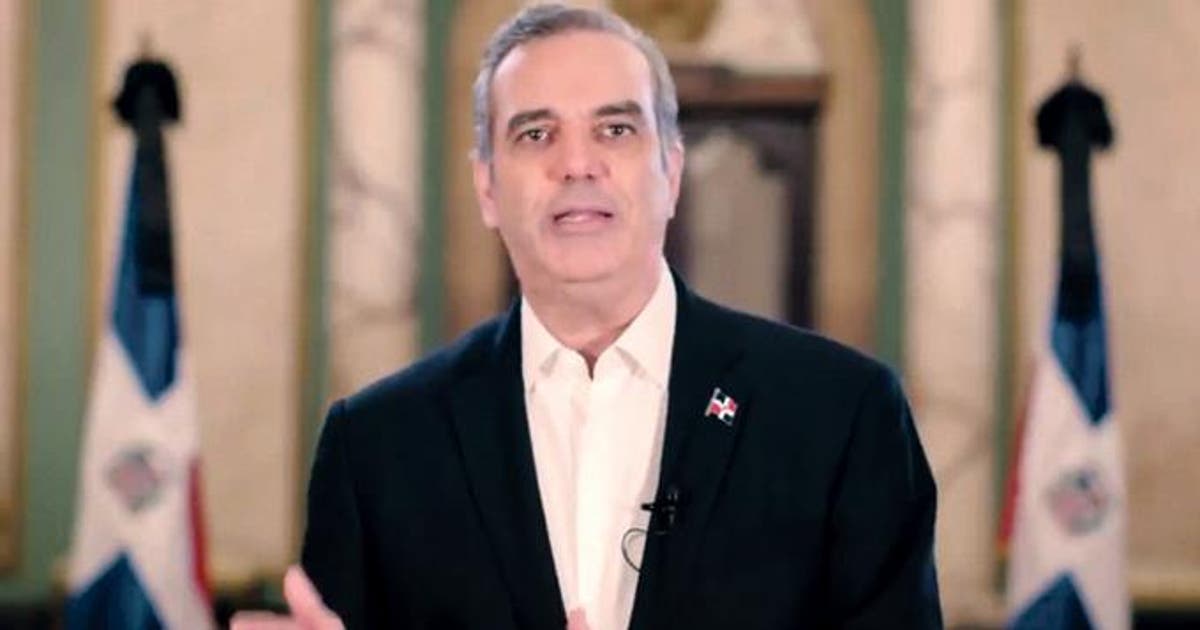 In his speech to the country last night, President Luis Abinader said that getting vaccinated is the only solution to the crisis caused by Covid-19. EXTERNAL

“Let’s not fail now that we are so close to achieving it.”

President Luis Abinader launched last night a de-escalation that will be executed in three phases and urged the population to get vaccinated to dismantle the “odious curfew” of which “we are all tired.”

In a speech to the country last night, the President informed that the first phase implies that the curfew will be from 10:00 at night during the week and from 7:00 at night on Saturday and Sunday, with two hours of free transit.

He informed that the second phase would begin next Wednesday, 14, modifying the curfew, which will start at 11:00 p.m., Monday through Friday, and 9:00 p.m. Saturday and Sunday, with two hours of free transit.

He explained that in this phase, the sale of alcoholic beverages would be allowed until curfew time.

Total de-escalation
Abinader detailed that from Wednesday 21, when the third phase starts, the curfew will be unified at 11 pm Monday through Sunday, with two hours of free transit.

“From that moment on, we will be opening and eliminating the curfew in each province that reaches 70% of its population vaccinated with the two doses,” added the head of state.

He gave as an example that if the National District or the provinces of La Altagracia, Espaillat, or Puerto Plata continue with the current vaccination rate, they could see the curfew disappear in a few weeks.

“But I want you to know, that from now on, with what we know about the new variants and the international situation, we are going to have to learn to live with Covid-19, because it is not going to disappear in the short term. We must continue to be responsible and take care of ourselves personally in order to take care of others”, he said.

Call for vaccination
Abinader called on the population to get vaccinated, specifying that it is the only solution to the health and economic crisis caused by the new coronavirus.

He said that with the health crisis on the mend, “we are going to accelerate the economic reactivation already underway. We have already made progress in this area. Year-on-year growth last May was 21.2%, and in the months from January to May we have grown at a rate of 13.4%.”

He added that these numbers motivate the government to continue working tirelessly to search for investments that can create jobs, which is possible after international risk rating agencies have raised growth projections for the Dominican Republic.

“This climate of optimism is reflected in all sectors of the country and demonstrates the degree of confidence that our government has awakened,” he said.

Agreements
Abinader highlighted that to date; the government has signed agreements and commitments with important investors who see here as a safe place to bring their capital and invest in tourism projects, energy, roads, significant infrastructure works, free zones, housing, etc.

“All this will help us in our goal of generating in the coming years one million well-paid jobs for our people, which is our main national priority,” he said.

He specified that this is a goal that “we must conquer together. A purpose to fight for together and for which we will work tirelessly.”

He said that the objectives that the country can achieve in the short term seemed impossible only a few months ago, but today the foundations are being created, and there is enough energy to achieve them.

“This government has developed so far under the conditioning circumstances of COVID-19 and yet all together we have already achieved a lot,” he said.

He stated that now a new stage is opening, in which they have sown to reap the fruits of the country’s economic take-off.

“Health and economy have been the two pillars on which we have developed our most intense agenda, but as you know we have also implemented 12 structural reforms that are transforming the Dominican Republic in an irreversible way,” said the President.

The President said he was aware that some of these reforms affect influential sectors that try to avoid them, but his commitment is supreme with the Dominican people, and there is no turning back.

“Today, we are a country without impunity. Whatever happens and whoever it affects, justice acts independently,” he said.

He highlighted that the government is also developing the most ambitious citizen security strategy ever to eradicate the scourge of violence that for too many years has struck Dominicans.

“We are also redesigning our industry, our countryside and agriculture. We are modernizing the structures of the State, and positioning the Dominican Republic in the best situation to lead our region,” he said.

He assured that he is in front of the government to transform the Dominican Republic and ambitious goals. “But I will not give up, and I will continue working 16 hours a day because I am dedicated to my country, with the sole objective of confronting problems that we had not solved for decades,” he added.

He said that “we have traveled a difficult road and I thank everyone for their effort, generosity and the work they have done to work together to overcome this stage.”