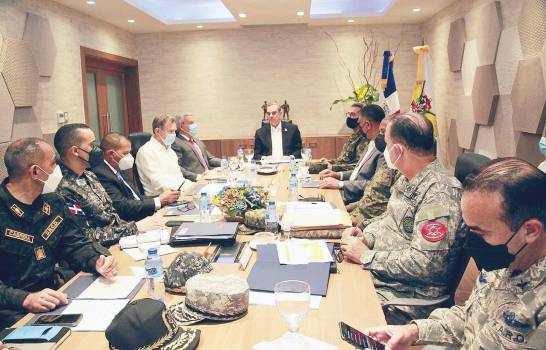 Santo Domingo.- Immediately there was news of the attack that ended the life of the president of Haiti, Jovenel Moïse, President Luis Abinader summoned the Security and National Defense Council, which met from 8:00 in the morning and decided seven points to protect the Dominican Republic from possible repercussions.

In the first place, the Gabion plan was activated, ordering the reinforcement of patrolling at critical points on the border with troops from specialized tactical units.

The border was closed for all traffic of vehicles and people.

With the third measure, the activities of the binational markets in the border provinces were suspended until further notice.