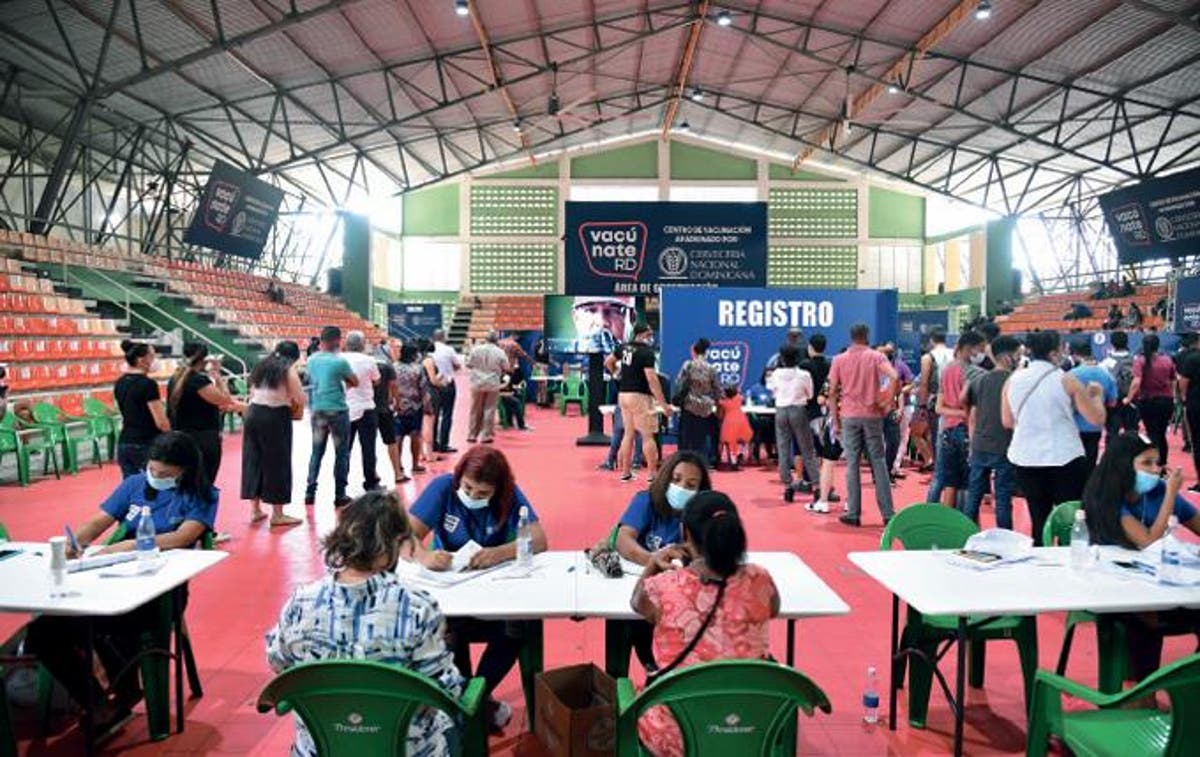 In the combat pavilion of the Olympic Center 300 doses were applied early yesterday.

Ages ranging from 35 to 80 years of age are the ones that predominate in the majority of the citizens who go to the vaccination centers to apply the third dose of the vaccine against the coronavirus.

During a tour made by journalists of Listin Diario, it was observed that almost all the people who voluntarily applied a third dose were of these age ranges.

Some of the volunteers over 60 years of age were accompanied by their relatives. They came to the call for the third dose for greater coverage of immunization against the disease, according to what they told the press without saying much.

A doctor, identified as Héctor, told reporters that the age of the volunteers “is very varied,” but he pointed out that those over 35 years of age predominate in the attendance list, and even people in their 80s have attended.

At the Autonomous University of Santo Domingo (UASD) medical dispensary, some 862 vaccines had been administered by 11:00 am. Approximately 400 were third doses, and the rest were first and second doses explained to the director of the medical dispensary, Dr. Arlene Gonzales.

Gonzales pointed out that the flow was slow from early in the morning because on weekends, attendance drops; however, on previous days, for example, Wednesday and Thursday, more than a thousand people were inoculated each day among all the vaccines.

On the other hand, in the combat pavilion of the Olympic Center, about 300 doses had been administered at the same time. The doctor in charge did not specify the individual quantities of each dose; however, she said that the attendance has been positive.

Nine deaths yesterday
Yesterday, the Ministry of Public Health reported nine deaths due to coronavirus, none of which corresponded to the last 24 hours, while it reported 558 new cases of infection of patients with Covid-19.

The first case of Covid-19 was registered in the country on March 1, 2020, in an Italian tourist who stayed at a hotel in the eastern region.

DATA OF THE DAY

Hospitalizations
Yesterday there were 884 hospitalized for Covid-19; in Intensive Care Units, there were 325 for 50% and with ventilators 208, representing 39% of the devices in use.