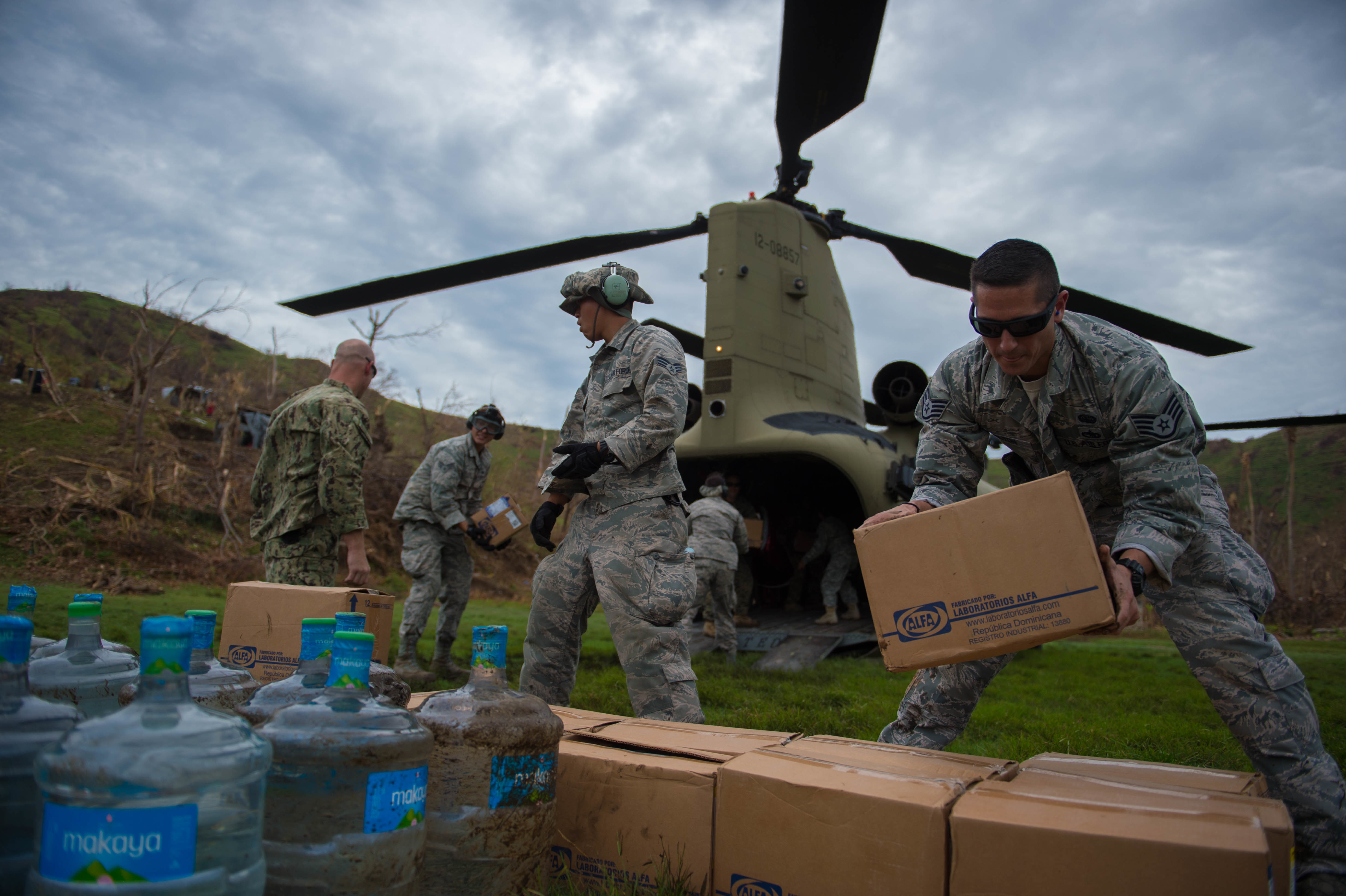 U.S. service members stack boxes of aid which and water while off loading a U.S. Army CH-47 Chinook during an aid relief mission Oct. 14, 2016 in Anse d'Hainault, Haiti. Haiti was devastated by hurricane Matthew which killed more than 800 people. Joint Task Force Matthew is a comprised of multinational partners who are working together to provide and bring aid to those in need in Haiti. (U.S. Air Force photo by Staff Sgt. Paul Labbe)

The training helped to improve interoperability and demonstrate the strategic partnership with the Dominican Republic that helps facilitate conducting naval operations against emerging threats in the region.

“We are doing important work in a complicated world,” said Gabrielson. “Every day, it would seem that the situation defies logic – and we awaken to yet another challenge. And yet, we persevere. Together. Close friends, whose bond is the sea.”

Billings port visit marked the first time Sailors have been granted liberty in the U.S. 4th Fleet area of operations since the COVID-19 pandemic began. The crew was able to experience the culture of the Dominican Republic, while adhering to regulations as set forth by the country to ensure the continued health and safety of the crew.

“We are glad that we were able to safely execute liberty in this wonderful country; our crew is thankful that the people of the Dominican Republic welcomed us and we look forward to returning,” said Billings’ Command Senior Chief Aaron Wimberly. “The events in the Dominican Republic were the first benchmark we were looking towards when planning for deployment. It affirmed we are in theater and ready to operate.”