Outspoken journalist ‘doesn’t rejoice in the misery of others’ 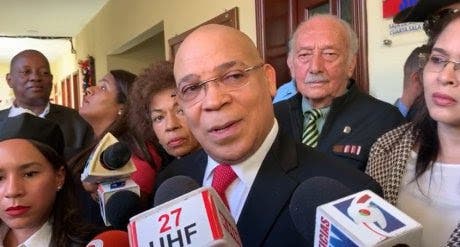 Santo Domingo.- After learning Tue. of the pretrial detention against the former Attorney General Jean Alain Rodríguez and others involved in the Medusa US$54.1 million fraud case, the journalist Marino Zapete assured not to rejoice the misery of others, but noted his clashes with Rodríguez.

The reaction was shared in a tweet: “I am not happy about anyone’s misery, but Mr. Jean Alain wanted me to be imprisoned for 6 months in La Victoria “without my breaking any law.”

Zapete also accuses Rodriguez’s sister Maybeth of defrauding the State out of RD$1.3 billion (US$24.1 million) through the sale of asphalt