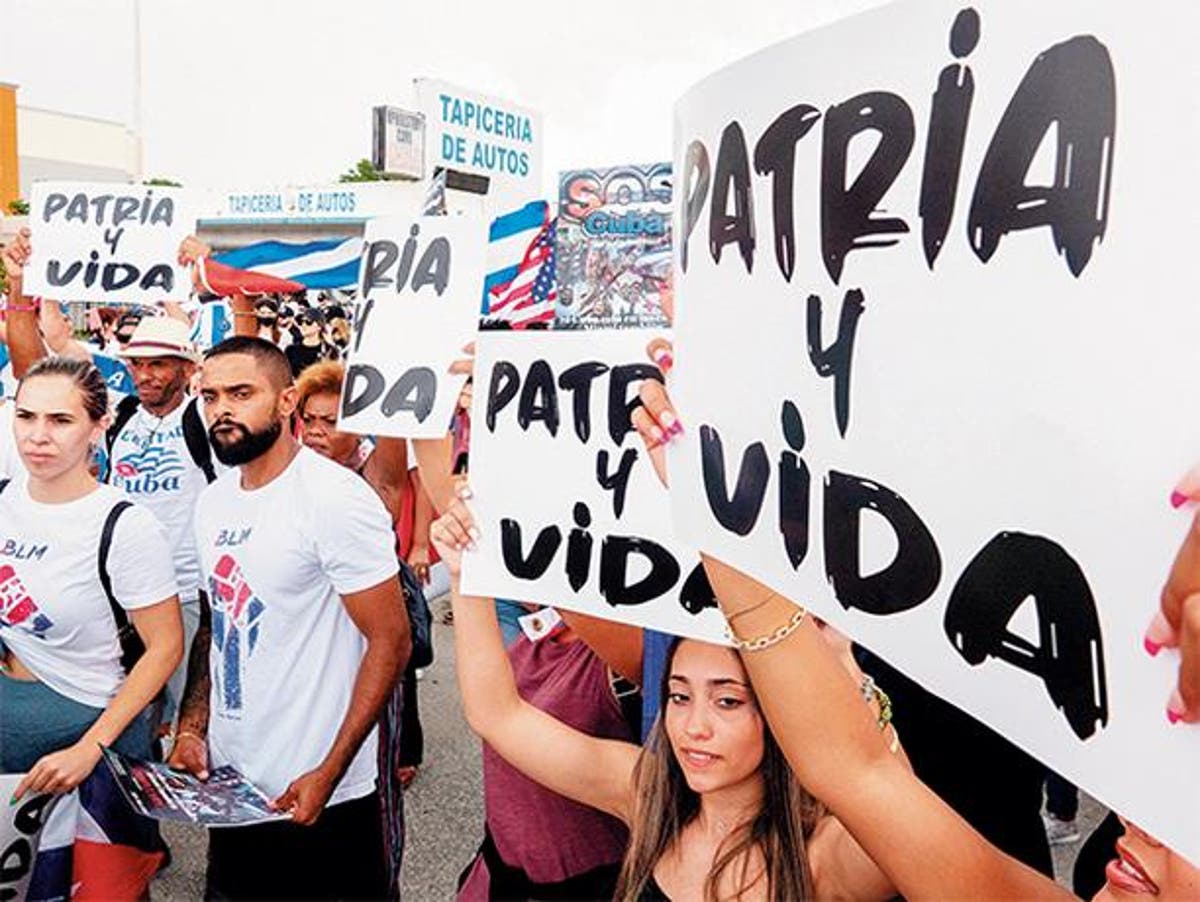 “For Cuba that suffers the first word.”

It was with these poignant words that José Martí began one of his most enlightened speeches back for November 26, 1891, before the Cuban Lyceum of Tampa — when Cuba was still languishing under the despotic boot of Spanish colonialism.

Those words — spoken with tenderness by the Apostle of Dos Rios when the flags of Yara were flying at half-mast and the sovereignty movement dismantled in Zanjon was in exile with Antonio Maceo in Costa Rica and Maximo Gomez in the Dominican Republic — summon today all the noble souls who love Cuba.

When the world was still in shock over the assassination of Haitian President Jovenel Moïse at the hands of Colombian mercenaries, the courageous Cuban people burst onto the scene with their cry of disgust, demanding in the streets what is rightfully theirs: a life in full dignity.

And why did Cuba take to the streets? What is the trigger of the Cuban crisis? COVID? Inflation? Famine? Food shortage? Lack of vaccines? Blackouts? Blockade?

While it is true that the sum of each of these calamities constitutes the immediate catalyst for last Sunday’s popular uprising, Cuba’s cardinal problem lies within itself: in an anachronistic and outdated communist regime that in the very words of Cuban troubadour Pablo Milanés is “incapable of contributing anything new.”

What began in 1959 as a revolution vindicating the founding values that gave life to the republic in the Cuban manigua — values outraged under the corrupt and immoral dictatorships of Gerardo Machado and Fulgencio Batista — degenerated into a dictatorial and authoritarian regime lacking humility and self-criticism.

And despite the dishonesty of the blockade (which is nothing more than a Cold War scourge concocted by Eisenhower in 1960 and which it seems will not disappear under Biden), it has been the stubbornness of the Cuban high command and its apparatus of repression that led to the eruption of a volcano that appeared to be dormant.

It is a fact not subject to rectification that while Cuba, in the words of Silvio Rodriguez, cries out for “a revision of a lot of things, a lot of concepts, even of institutions,” the Communist Party politburo and the Council of State, putting their interests before those of the Cuban people, continue to be anchored to a hollow and anti-historical vision of the world.

So much so that the much-touted constitutional reform of 2016 (proclaimed by Raúl Castro in the work of the VII Congress of the Communist Party on April 16, 2016) far from opening spaces for widespread convergence based on an open and democratic political model what it did was to suffocate Cuba even more — retaining in full in the new constitutional text Articles 3 and 5 of the old Constitution which establish the immutability of the communist regime and the institutional absolutism of the Communist Party.

Those who, from the highest echelons of the Communist Party today claim to be heirs of Martí would do well to turn to the Bases of the Cuban Revolutionary Party (1892), where the Apostle clearly and forcefully warned that the Cuban revolutionary movement could not “perpetuate in the Republic of Cuba, with new forms or with alterations more apparent than essential, the authoritarian spirit and the bureaucratic composition of the colony.”

Paradoxically, those who do seem to have understood Marti’s maxim are those ordinary Cubans, led by hundreds of music and culture workers, who today suffer imprisonment simply and plainly for aspiring to live with dignity.