Downpours, thunderstorms and gusts of wind will occur 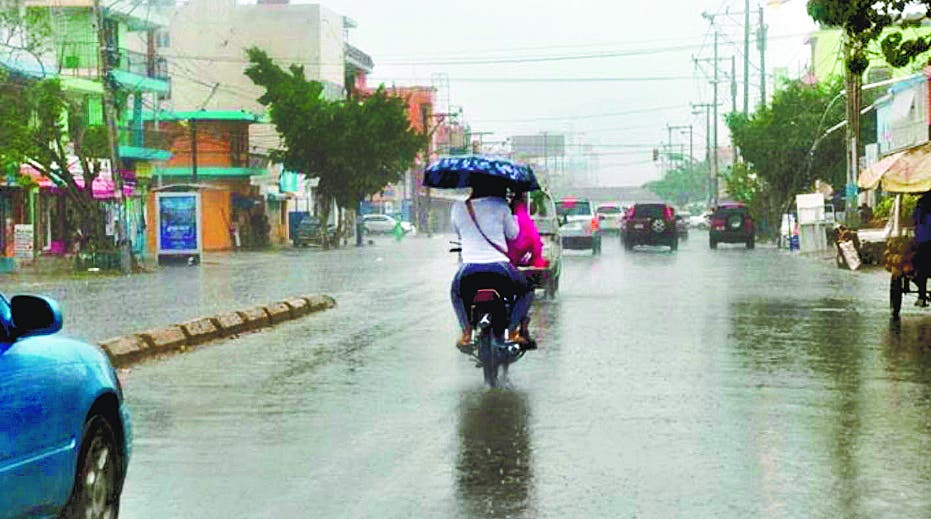 Temperatures will continue to be high in the national territory

Caution urged if you are traveling in, around, or through any of these regions

The National Bureau of Meteorology (ONAMET) forecasts that moderate to heavy downpours will occur today with thunderstorms and gusts of winds over towns in the North, Northeast, the Central Mountain Range, and the Caribbean coastal coast, including Greater Santo Domingo.

While the Emergency Operations Center (COE) keeps on alert the provinces of San Pedro Macorís, Hato Mayor, La Vega, Santo Domingo, María Trinidad Sánchez, Monte Plata, Azua, San Cristóbal, and Monsignor Nouel, so it urges residents near rivers, streams, and valleys to adopt measures that contribute to saving lives and avoiding damage to property in the face of possible flooding and landslides.

Onamet observes an area of non-tropical low pressure, located several hundred kilometers south/southwest of Cape Race, Canada, which currently has a low potential of just 10% development in the next two days. Still, due to its location and displacement, that system does not present a danger to the DR.

In the National District and the province of Santo Domingo, it will be mostly cloudy with downpours, thunderstorms, and occasional wind gusts.

For tomorrow Friday, Onamet forecasts that the effects of the trough and the passage of a tropical wave will induce clouds with scattered downpours, isolated thunderstorms, and wind gusts in provinces of the Northeast, East, the South Coastal Coast, and the Central Mountain Range in the afternoon and at night.

Yesterday afternoon and part of the night, moderate and heavy downpours were recorded, with thunderstorms and wind gusts in the Northeast, Southeast, Cordillera Central, and Greater Santo Domingo regions.