Dominican Republic is off the conspiratorial board 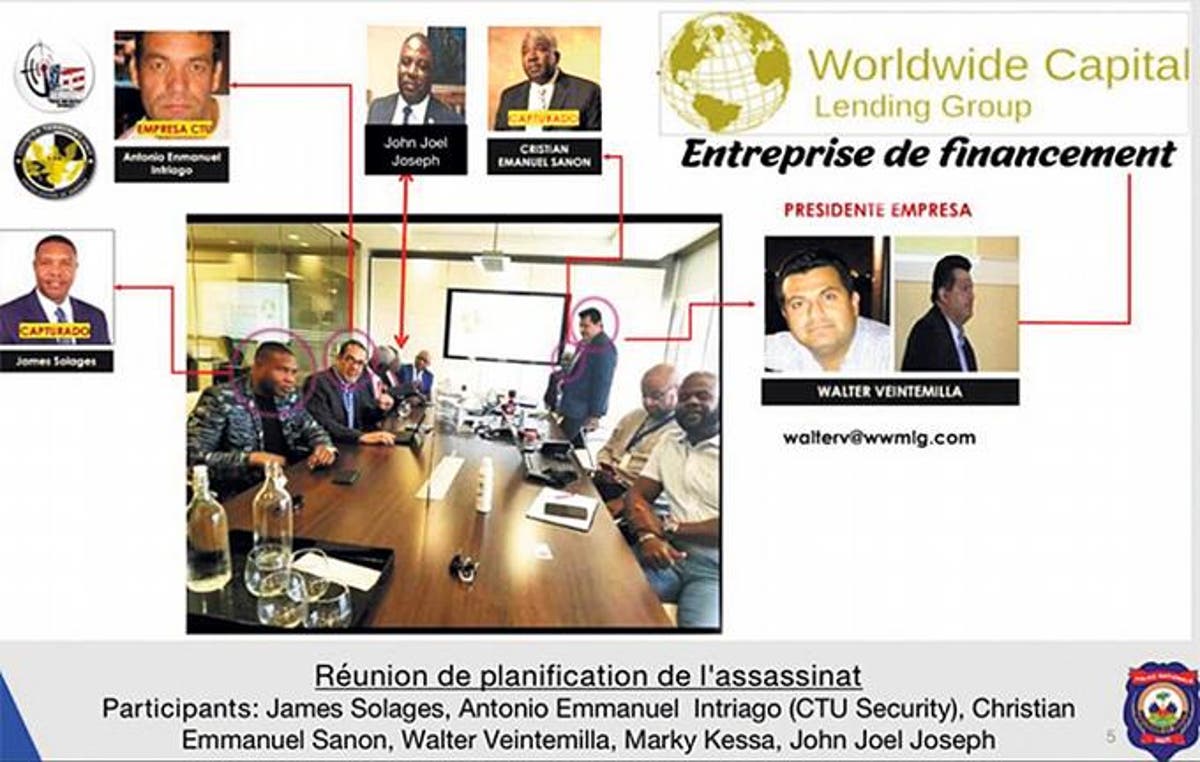 REVELATIONS ABOUT THE ASSASSINATION OF PRESIDENT MOÏSE

The U.S. newspaper The Washington Post published in an investigative report that the meeting that sought to show the plan that Christian Emmanuel Sanon, who aspired to the presidency of Haiti, had for that Caribbean nation did not take place in a hotel in the Dominican Republic, as the Haitian Police said on Wednesday.

According to documents obtained by the US newspaper ‘The Washington Post’ (TWP) and whose data were reproduced by the Colombian media El Tiempo in an article, the meeting was held in a conference room in Fort Lauderdale, Florida.

In a photo that has gone viral on social media, two of the arrested suspects and former Senator Joel John Joseph, the subject of an arrest warrant, can be seen participating side by side in a meeting.

According to the Haitian National Police director, Léon Charles, the people in the image were gathered in a hotel in Santo Domingo. “Around the table are the masterminds, a technical recruitment group and a fundraising group,” he told reporters.

Also pictured was the head of the Venezuelan security firm CTU (based in Miami), Antonio Emmanuel Intriago Valera, and the head of the company Worldwide Capital Lending Group, Walter Veintemilla.

Charles told reporters that they were in the process of investigating both companies that allegedly raised funds to finance the execution of the criminal act.

His idea of a government to “save Haiti” was shared at a meeting in the United States on May 12. In this meeting were, according to the international newspapers mentioned, the owner of the security firm CTU and the head of the consulting firm Worldwide Capital Lending Group, identified as the company that financed the operation.

According to El Tiempo, they are Antonio Intriago and Walter Veintemilla, respectively, who had agreed to recruit and assemble a security force for Sanon, whom they were to protect to bring him to the presidency of Haiti.

TWP further indicates that Veintemilla would financially support Sanon’s desire, according to his attorney Robert N. Nicholson. The legal representative also pointed out that at no time was the use of force to come to power agreed upon, nor had there been any mention of the plot to assassinate Moise.

After the meeting in Fort Lauderdale, Florida, Sanon, Intriago, and Veintemilla reportedly formalized, on May 17, a document for Sanon’s “personal safety,” which included equipment to “plan operations.”

The Colombian media outlet says that the group’s search included personnel with experience in special operations, military in countries such as Iraq, Bolivia, and Colombia.

TWP reiterates that the companies of Veintemilla and Intriago would be responsible for recruiting a “private security force to protect Sanon until he became president of Haiti,” according to details in an unsigned draft consulting agreement obtained by the U.S. newspaper.