The prisoners of de-escalation 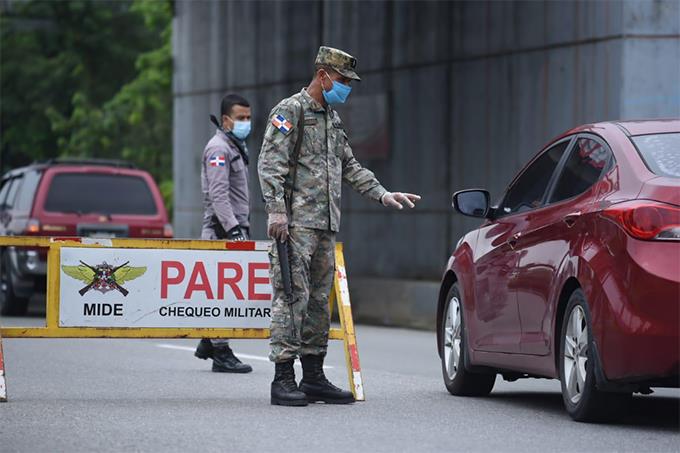 Despite the relaxation of the curfew that the government ordered in recent days with the de-escalation, people have continued to “teteando” and break the rules, according to reports from the National Police (PN).

The dismantling of the curfew is being implemented in three phases, of which the first stage began on Wednesday, July seven, with confinement from 10:00 p.m. from Monday to Friday, while Saturday and Sunday from 7:00 p.m., with two hours of free movement.

On Wednesday, July 14, the second and current phase modified the previous provision where the confinement begins at 11:00 p.m., Monday to Friday, and 9:00 p.m. Saturday and Sunday, with two hours of free movement.

This relaxation has not stopped the arrests. From the seventh of July to Friday the 16th, 4,120 have been carried out.

Chronologically, these were the totality of cases per day in what carries the disposition and some of the provinces that predominate in catches:

Seventh of July
On the first day of the de-escalation, the National Police recorded 274 arrests nationwide, in which Puerto Plata took the winning figure with 43 people.

The National District followed it with 42; La Altagracia, 37; Santo Domingo East and West with 25.

Eight and nine of July
On the second day of the relaxation, the number of people locked up for violating the provision decreased to 239, with the Santo Domingo Oeste district being the main one with 44.

La Altagracia follows it with 37; La Romana, 25; Puerto Plata and the National District with 13.

On Friday, July 9, the police reported that in the National District, 69 citizens were imprisoned, while in Santo Domingo Oeste, there were 43, in La Altagracia 21 and San Pedro de Macorís and Santiago, 25 and 16 respectively. Thus, the total number of detainees in the districts mentioned above is 267.

Ten and eleven of July (highest figures)
The weekend corresponding to the ten and eleventh days of July recorded the highest number of arrested in the country for violating the curfew ordered by President Luis Abinader, since 1023 people received the punishment on Saturday, while on Sunday, July 11, there were about 958.

Twelfth of July
The city center is back on the list on July 12 with 80 catches, while in Santo Domingo Oeste and La Romana, they were 38 and 24.

In Puerto Plata 23 and in San Francisco de Macorís 11. In total, 283 people were captured on that day.

Thirteenth and fourteenth of July
On Tuesdays and Wednesdays (July 13 and 14), the Police arrested 294 people on the first day and 134 on the second, of which on the thirteenth day, 64 correspond to the National District; 35 to Santo Domingo Este; 28 of Azua; 25 from Puerto Plata and 21 from La Altagracia.

Fifteenth and Sixteenth of July
After nine days with the measure on July 15 and 16, the total number of arrests was 271 and 337, respectively, according to national police estimates.

The fifteenth recorded that the leading jurisdictions with the most incarceration were Distrito Nacional, 54; La Altagracia, 44; La Romana and Azua, 28; and Santo Domingo Este, 19.

The sixteenth, the province La Altagracia with 37, in the National District and Puerto Plata with 31, in Santo Domingo Oeste, were 27 and Azua 25.

The next phase of de-escalation will begin on Wednesday, The 21 of this month. After that, the isolation will be unified at 11:00 p.m. from Monday to Sunday, with two hours for people to move to their homes.