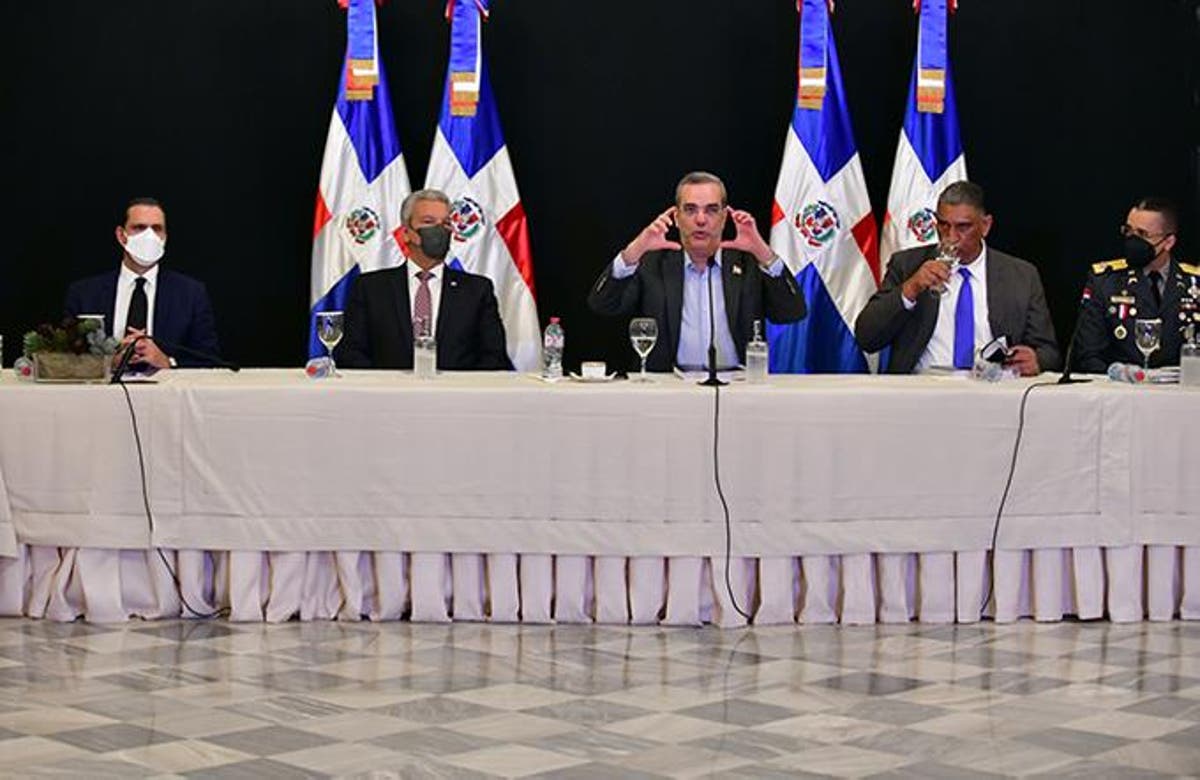 The report was presented at the National Palace during a press conference led by President Luis Abinader. JA MALDONADO

Around noon yesterday, the working group appointed by the Executive branch for the transformation and professionalization of the National Police presented a preliminary report in which they indicated part of the measures agreed upon to achieve police reform.

The review of the so-called specialisms, the creation of a follow-up commission for disciplinary processes, the carrying out of an internal audit of the law enforcement body, among others, were the main points pointed out in the preliminary report on the occasion of the 100 days of the creation of this working group.

The coordinator of the roundtable, Servio Tulio Castano Guzman, said that a commission of independent jurists was created to follow up on the disciplinary processes to which members of the Police are subjected for severe offenses in the exercise of their functions and recommended that the institution reconsider the correct use of force as an exceptional remedy.

Castano Guzman, also executive vice president of the Foundation for Institutionality and Justice (Finjus), took the opportunity to announce the hiring of three Dominican security experts, who will collaborate in the process of reforming law enforcement system.

“These are some of the issues addressed and analyzed by the working group in these 100 days, there are more, but I have not wanted to expand on all the details … as you can see, this reform is unstoppable, it is going at a good pace and recommendations are being analyzed and elaborated at all levels … we are aware that we cannot fail. Not this time,” Abinader said while speaking at the press conference.

The committee also called for the current wage policy systems to be weighed up to correct the distortions caused by so-called specialisms. All of the working group’s proposals must be approved by the Police Council, headed by Interior Minister Jesus Vasquez, at its next meeting.

The president added that as part of the work, the president reported that they are reviewing some 345 internal procedures of the uniformed, including 21 regulations of the Organic Law of the Police.

Meanwhile, The Director of the National Police, Edward Sanchez Gonzalez, said after the press conference that the institution is collaborating and providing all the information that has been requested.