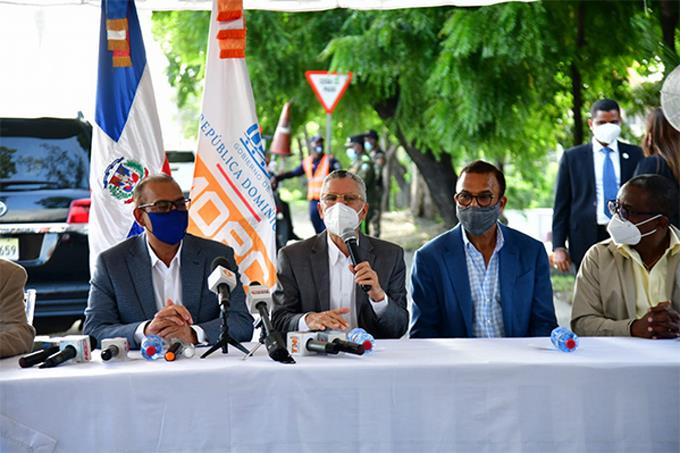 The mayor of Santo Domingo East, Manuel Jimenez, said that as of today, the strategic plan of waste collection would begin in the different jurisdictions of the municipality, as part of a beautification project that he called “the route of cleanliness.”

“From tomorrow be attentive, we are going to work hard to return rigor and cleanliness to our municipalities in the shortest possible time,” said Jiménez, during a press conference at the town hall.

The mayor of the country’s largest municipality indicated that this cleaning plan would be developed for 45 days, a time in which they will determine and install a system of routes for the beginning of the garbage collection.

“We can say that as from tomorrow we will observe the whole movement of the garbage collection…in a time that could last up to 45 days to stabilize the situation,” expressed Jiménez, whose administration has received widespread criticism from the municipalities due to the accumulation of garbage in avenues, streets and different sectors of this district.

The municipal official emphasized that 35 new fleets of trucks will be integrated, 25 dump trucks to decongest the transfer, two shovels, and backhoes, with which will begin the work of sanitation of the municipality.

Breaking of contract
Similarly, he said that the company Comlursa, contracted in the last government administration, will be removed from the council due to its shoddy work, a situation that had not been done because the contract exceeded the time of management.

Therefore and given this scenario, he stated that he would later establish together with other municipal agencies law number 176 so that no mayor of any government management can make service contracts that exceed the duration of his gubernatorial term.

“We are organizing, with Fedomu (Dominican Federation of Municipalities) and the Dominican Municipal League (LMD), law 176 so that no mayor may make service contracts that exceed his term of office…it is not possible that a mayor enters to govern such a large city and cannot manage what he promised to the city,” said Jimenez.

Joint operation
The mayor was joined by the Minister of Strategic Projects of the Presidency, Leonel (Neney) Cabrera, and Víctor de Aza, president of the LMD, who expressed their support with equipment.

Cabrera said that together with the LMD and the Ministry of Public Works, they would develop a special operation, including 50 waste collection trucks and 30 dump trucks to support the council. “Tomorrow we are going to incorporate more than 50 waste collection trucks in the established frequency routes…but we are also going to integrate more than 30 dump trucks”, he said.

Cabrera said that within the operation, they would establish a route of murals in the municipality so that it is not only clean and sanitized but also looks beautiful…what we are going to do is to change the cake, we are going to establish a before and an after,” he said.

Complaints
Residents of Santo Domingo East had called attention to the significant accumulation of garbage in the municipality amid the Covid-19 pandemic and the hurricane season. They also warned of the danger of disease outbreaks affecting the population, especially children.