Protocol to open the provinces with 70% vaccination rate fine-tuned 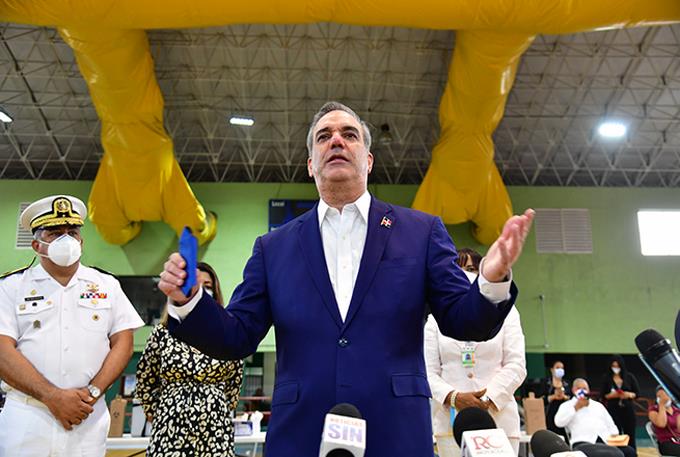 President Luis Abinader calls for population to be vaccinated.

Luis Abinader informed yesterday that he is working together with the health authorities to define the protocol for the full reopening and eliminating the curfew in the provinces that are reaching 70% of vaccinated against the virus with the two doses.

The President explained that although there is still no exact date, it will be a fixed protocol for all provinces.

“Yesterday we reviewed the second draft and we are already working (…) it will be the first time in a year and 6 months that it will be completely open”, said the President, who added that “although we are going to have the opening and normal traffic, there are still some restrictions and that is what is being analyzed.”

By governmental disposition, it was established that the curfew would be eliminated in the provinces that reach 70% of complete inoculations against Covid-19. This goal was reached in the province of La Altagracia, while the National District and Puerto Plata plan to achieve this figure in the coming weeks.

The head of state reiterated that the Dominican population has to “learn to live with it” since he understands that Covid-19 will continue as a disease like influenza and the common flu.

Yesterday began the last phase of the de-escalation of the curfew, which began at 11:00 at night with an end at 5:00 in the morning every day, with two hours of free transit.

“I want not one Dominican to remain unvaccinated, that is what will lead us to normalization,” said President Abinader after receiving the third booster dose against Covid-19 at the San Carlos Sports Club.

After being inoculated with the third booster dose from Pfizer, the president said that normalization would lead the country to economic growth with jobs production, which is needed.

“I ask the entire population to continue to be vaccinated with the first and second dose, and to reinforce the third dose,” said Abinader.

He reported that more than 92,000 people were vaccinated; of this amount, more than half corresponded to the second dose and 15,000 to the third dose. “Health leads us to a better economy,” he said.

Abinader reiterated that the Dominican Republic is a fortunate country because it has been an example worldwide of the vaccination process and said that normalization brings more jobs and produces economic growth, as is happening in the country.

He said that the Dominican Republic is going at a good pace of vaccination concerning the other countries.