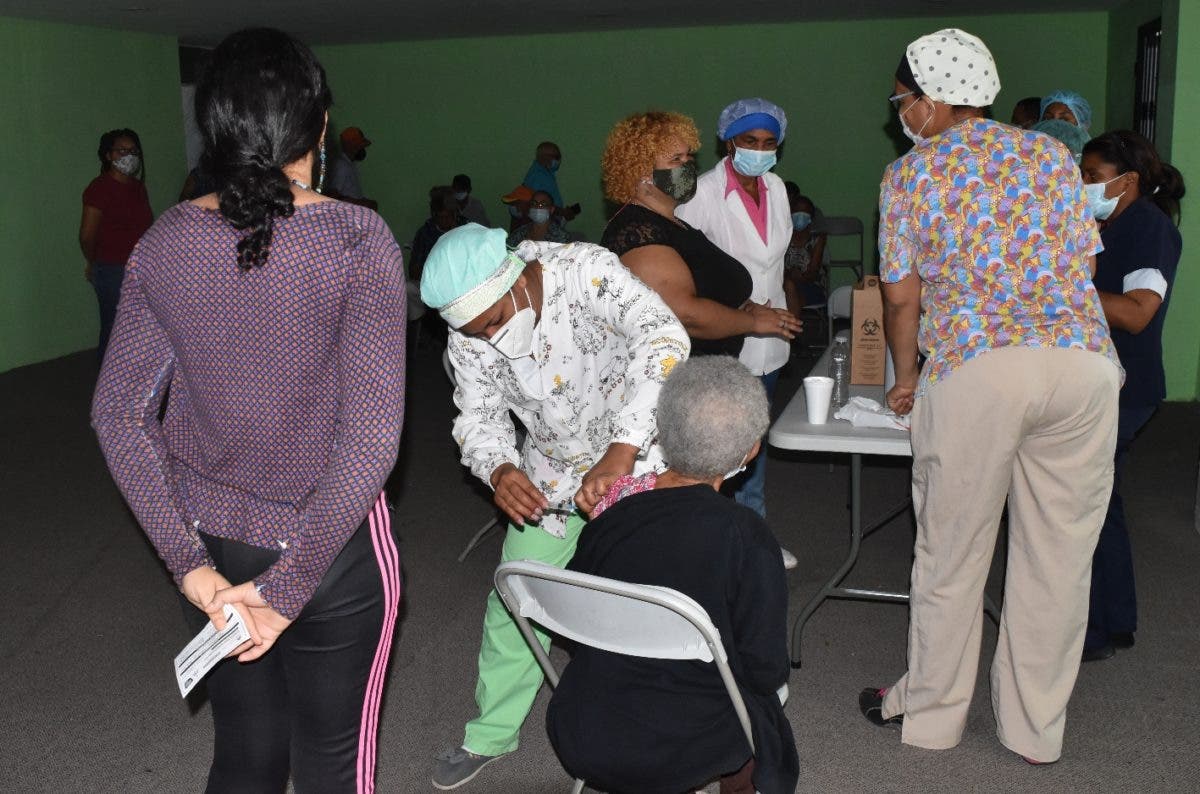 After the third phase of the de-escalation of measures against Covid-19 in the country, which began last Wednesday, some vaccination centers in the National District extended their schedules for the inoculation process to the population. Health authorities warned on Friday that the stalls would apply for the new program during this weekend celebrated as “Father’s Day in the country.”

Although the new schedule will start this weekend, this will be maintained as usual in the coming days. Centers such as the one enabled in the DownTown Center shopping plaza, on Núñez de Cáceres Avenue, the Plaza Lama on 27 de Febrero Avenue, plaza Duarte, on the Duarte highway will open from 08:00 a.m. until 08:00 p.m. At the same time, the vaccination stand of the La Sirena store on Winston Churchill Avenue will continue to operate from 8:00 a.m. to 5:00 p.m., Monday through Friday.

Other vaccination stations will be operating, for the time being, from 08:00 a.m. to 04:00 p.m. on weekdays due to their capacity to attend to citizens and the flow of people who visit them.

According to official statistics provided by the Health Cabinet of the Presidency of the Republic, to date, 5.4 million people have received the first dose of the vaccine. In contrast, another 3.9 million have been given the second vaccine against COVID-19.

However, the medical staff stationed at the vaccination centers report a drop in the number of people who come to inject themselves with the first dose of the coronavirus vaccine. However, they assure that the rate of vaccination for the second and third immunizations remains stable.